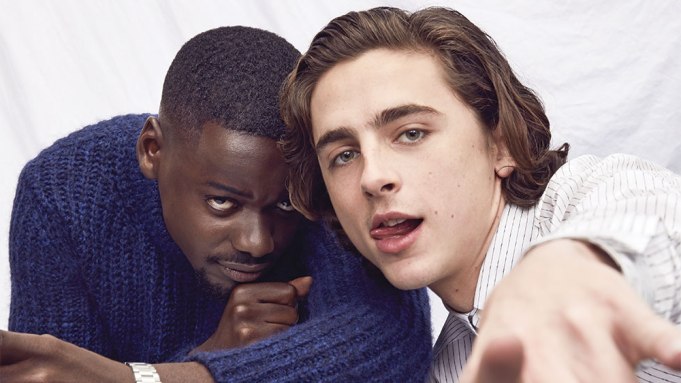 Timothee Chalamet and Armie Hammer’s palpable attraction in the dramatic romance “Call Me by Your Name” was by chance, according to Chalamet.

Despite their electric on-screen chemistry, Chalamet said they had both been cast before even meeting each other.

“It was, like, the random luck of the universe where we had just a genuine bond,” Chalamet told Daniel Kaluuya in a conversation for Variety‘s “Actors on Actors” series. “[Director] Luca [Guadagnino] says, ‘If I desire my actors and I love my actors, they will love each other too.'”

Since the movie filmed in a small town in Italy, Chalamet and Hammer were able to get to know each other while on location.

“There was no game plan, there was no awareness if what we were doing was any good. It was just about spending time with one another,” he said. “Weirdly, the relationship in the pre-production process took on the form of the movie, except for all the crazy stuff.”

“When it came to do that scene, that’s very much his scene, I just have to be present and listening and there for him. I was just like, ‘Stay a fly on the wall, Timmy, and let the master go to work,'” he said.