Thor and the Hulk Face Off in ‘Thor: Ragnarok’ First Trailer 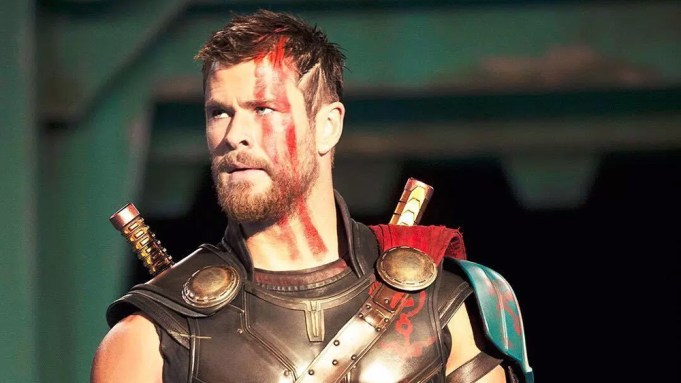 Cate Blanchett and … the Hulk steal the spotlight in the first trailer for “Thor: Ragnarok.”

The teaser, released by Marvel on Monday morning, is equal parts action-packed and dark as Blanchett’s supervillainess Hela makes her deadly debut.

The trailer opens with footage of Chris Hemsworth’s hero on the brink of death, and closes in the same epic fashion: with the Avenger facing off against a friend, the Hulk (Mark Ruffalo).

“Asgard is dead,” Hela tells Thor’s homeland, which falls into chaos and destruction, as we see the hammer-less God of Thunder drop through a wormhole into the planet of Sakaar.

He’s imprisoned by Jeff Goldblum’s Grandmaster and forced into intergalactic gladiatorial battles on the alien planet. The Norse god, who sports a new short ‘do, cheers upon realizing that Hulk is his opponent. “Yessss! We know each other! He’s a friend from work,” he tells the shocked crowd, although the raging green monster doesn’t seem to recognize him. The film takes place after the events of 2015’s “Avengers: Age of Ultron.”