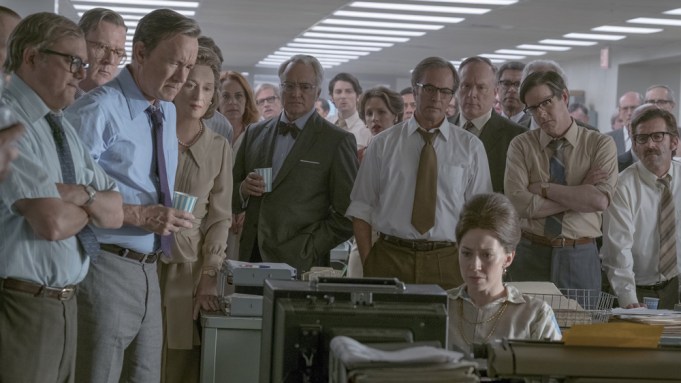 The first trailer for Steven Spielberg’s star-studded drama “The Post” arrived on Tuesday.

The film follows The Washington Post’s Katharine Graham (Streep), the first female publisher of a major American newspaper, and editor Ben Bradlee (Hanks) as they race to publish The Pentagon Papers to expose a massive government cover-up, about the U.S. involvement in Vietnam, spanning three decades and four U.S. Presidents.

“The way they lied, those days have to be over,” Hanks tells Streep in the trailer.

The two must decide whether to risk their careers, lives, and The Post’s future in bringing those secrets to light.

“We could all go to prison,” Hanks says, later adding. “What will happen if we don’t publish? We will lose. The country will lose.”

The movie, which is already generating Oscar buzz, teams up Streep, Hanks, and Spielberg for the first time.

“The Post” was written by Liz Hannah and Josh Singer. Spielberg produces with Amy Pascal and Kristie Macosko Krieger.