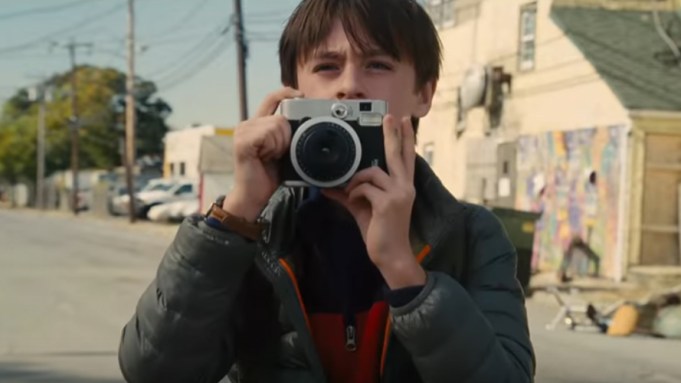 Focus Features on Thursday released the first official trailer for its eerie upcoming thriller, “The Book of Henry.”

The film is told from the shrewd perspective of 11-year-old Henry Carpenter (Jaeden Lieberher) an adoring, wise-beyond-his-years child brainiac whose vigilant protectiveness and bold determination give rise to an intricately devised rescue mission when he discovers that his neighbor (Ziegler) might be ensnared in a dangerous situation with her stepfather. Watts drives the momentum of the story as Susan Carpenter, Peter’s self-doubting, single mother, who begins to investigate the young girl’s family after discovering her son’s mastermind plan.

“The Book of Henry” is set to hit theaters on June 16.