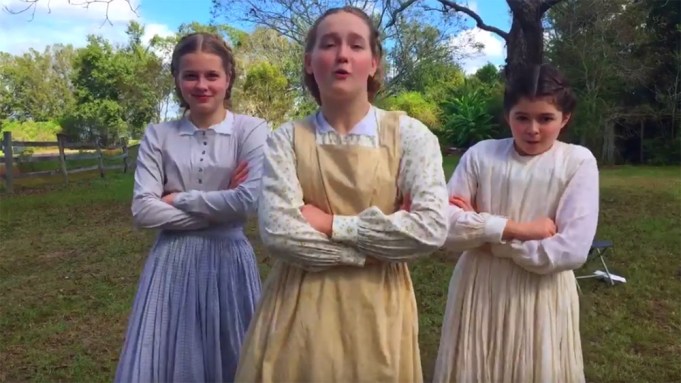 The cast and crew of Cannes film “The Beguiled” taped their own rendition of “Hamilton” song “The Schuyler Sisters,” carried predominantly by the film’s youngest cast members, as part of Lin-Manuel Miranda’s #Ham4All fundraising challenge.

Filming for the challenge took place principally on the set of “The Beguiled,” although bits and pieces also took place offset, such as an intro portion that appears to be Laurence’s home. Howard directed, produced, and edited the video, and also included a challenge to Ellen DeGeneres to participate.

The #Ham4All fundraising challenge was launched by Miranda as a method to raise money for Immigrants: We Get the Job Done Coalition. In the vein of the ALS Ice Bucket Challenge, participants are encouraged to post a video of themselves singing a song from the “Hamilton” musical, donate to the cause, and challenge others to participate as well. Miranda, whose parents are Puerto Rican immigrants, began the hashtag in partnership with Prizeo for Immigration Heritage Month. Those who donate are also entered into a sweepstakes to win two tickets to the L.A. opening of “Hamilton.”

The cast of fellow Broadway musical “Come From Away” also performed “The Schuyler Sisters” for their contribution to the cause.

Watch “The Beguiling” video here or above.