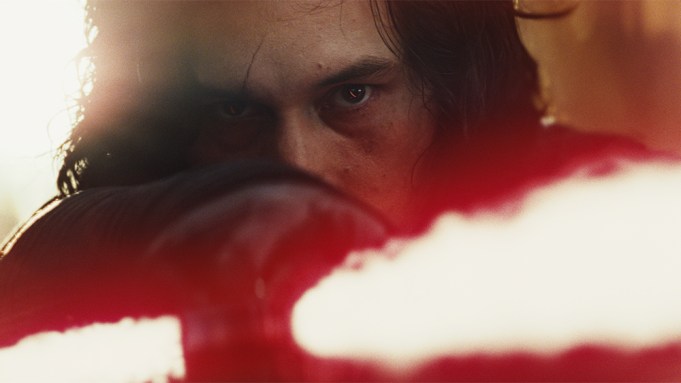 “Star Wars: The Last Jedi” is one step closer to entering our galaxy. The eighth “Star Wars” movie got a brand new teaser on Saturday during Disney’s D23 expo.

Saturday’s teaser offers a behind-the-scenes look at episode VIII, complete with action shots, outtakes, and even some new characters.

Disney launched the first teaser trailer for “The Last Jedi” during Star Wars Celebration in April. That’s when the movie’s official title was revealed, as was Hamill’s bulked up role in the highly-anticipated film. “I only know one truth,” said Hamill’s Luke in the first teaser. “It’s time for the Jedi to end.”

The film also stars Carrie Fisher, who died in late 2016. Fisher had wrapped shooting “The Last Jedi” before her death, and Lucasfilm said there are “no plans” to digitally recreate her in future films.

Hamill remembered his co-star, Fisher, during Friday’s Disney Legends ceremony — both were honorees. “If she were here, she would have flipped me the bird at least twice already,” he joked.

“Star Wars: The Last Jedi” is scheduled to hit theaters on Dec. 15. The behind-the-scenes teaser can be seen above.