Sammy Davis Jr. Was Given the Wrong Envelope at the 1964 Oscars (Watch) 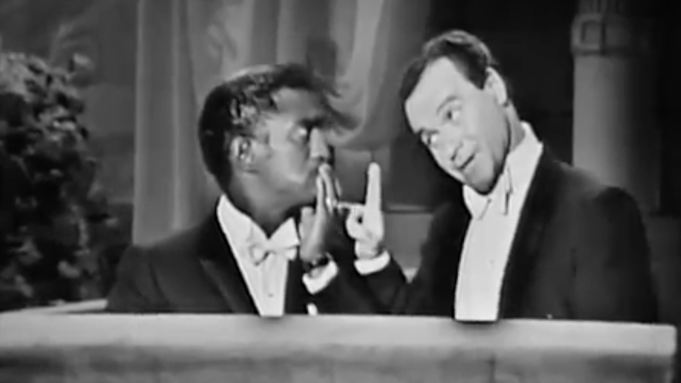 Courtesy of the Oscars

Perhaps Faye Dunaway and Warren Beatty can find some solace in the fact that they weren’t the only presenters in Oscars history to get it wrong.

53 years before the “Bonnie and Clyde” duo incorrectly announced the winner for best picture on Sunday night after being handed the wrong envelope, Sammy Davis. Jr. was also given the incorrect winner during the 1964 Oscars ceremony while presenting the award for best music score for an adaptation or treatment. Originally, Davis Jr. announced John Addison as the winner for “Tom Jones,” who was not even in the category, when in actuality the award was supposed to be given to Andre Previn for “Irma La Douce.”

Davis Jr. smoothly played off the error, joking “wait till the NAACP hears about this,” which garnered a huge applause from the audience. After he was promptly handed the correct envelope, Davis. Jr. slid on his glasses, and said “I ain’t gonna make no mistake this time, damn it.”

Though Davis Jr.’s mistake was cleaned up in a matter of seconds, Beatty’s error dragged on a bit longer. It wasn’t until the cast and producers of “La La Land” — the film Beatty incorrectly announced as the best picture winner — had started making their speeches that the mistake was noticed.

Pricewaterhousecoopers, the firm that has tabulated Oscar ballots for 83 years, has since apologized for the gaffe, saying that Beatty and Dunaway “had mistakenly been given the wrong category envelope and when discovered, was immediately corrected. We are currently investigating how this could have happened, and deeply regret that this occurred.”

A flustered Beatty explained to the audience that the envelope for Best Actress in a Leading Role was given to him rather than Best Picture for “Moonlight.”

“I opened the envelope and it said, ‘Emma Stone, ‘La La Land.’ That’s why I took such a long look at Faye and at you (the audience). I wasn’t trying to be funny,” he said.

“We sincerely apologize to ‘Moonlight,’ ‘La La Land,’ Warren Beatty, Faye Dunaway, and Oscar viewers for the error that was made during the award announcement for Best Picture,” Pricewaterhousecoopers said in their statement. “We appreciate the grace with which the nominees, the Academy, ABC, and Jimmy Kimmel handled the situation.”