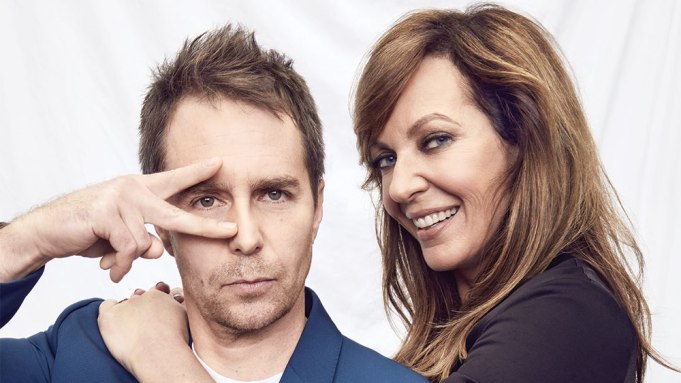 The early years of an actor’s career can be tough going, as Sam Rockwell and Allison Janney discussed during Variety’s “Actors on Actors.”

When Janney asked if Rockwell had ever been fired from an acting job, he said he had been axed from several gigs, while Janney said she has never had to deal with that kind of experience. “I was fired from NBC. When I was 18, I did a pilot and then they re-shot all my stuff,” Rockwell said. “I think Phil Hoffman was fired a couple times. I think a lot of good people have been fired.”

He also said, while the experience was “devastating,” after a week or two, he came to terms with the loss of the role. “You figure it out,” he said. “What else are you going to do? I think I went and got a restaurant job or something.”

For her part, Janney said when she worked as a nighttime receptionist for a recording studio in the ’80s, she became an “unwitting drug dealer” for musicians.

“I was receiving packages for session musicians in the evening and I was like, ‘Oh I have this for Mr. so-and-so,” Janney said. “Then someone finally said, ‘Allison, do you realize that you…?'”

The seventh season of Variety’s “Actors on Actors,” presented by Google Home, will air from Jan. 2 to Jan. 4 at 7 p.m. on PBS SoCal KOCE.