Russell Simmons Accuser Says He Apologized to Her Privately 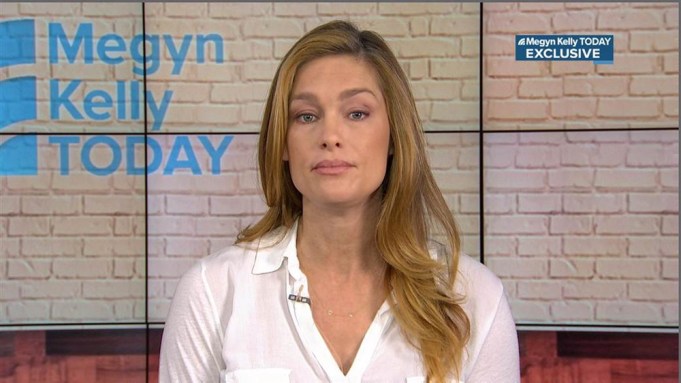 Despite “completely and unequivocally” denying allegations that he sexually assaulted model Keri Claussen Khalighi when she was 17, Russell Simmons allegedly privately apologized to his accuser.

During an appearance on “Megyn Kelly Today,” Khalighi told the host that Simmons’ claim that what transpired in his apartment, where director-producer Brett Ratner was also present, in 1991 was “completely consensual” is “ludicrous.”

“Part of what’s so confusing and re-traumatizing is what he’s speaking about privately with me is completely different than what’s come out publicly,” Khalighi continued. “And that’s the piece that’s been really, really, really upsetting, disappointing and quite honestly, just repugnant with the hypocrisy and the lies and the denial.”

Khalighi also reiterated that Ratner ignored her when she sought help during Simmons’ aggressive sexual advances, which included tearing off her clothes. “This was their plan all along,” she said.

“I was frozen,” she told Kelly. “I looked over at Brett and asked for help because I thought we were friends. It was a very confusing and terrifying moment.”

Khalighi also explained why she didn’t flee after the initial assault. She stayed to take a shower and says Simmons walked up from behind, briefly penetrating her without her consent.

“I certainly froze, and I certainly did what I could to normalize what was an incredibly hard-to-process situation,” she added. “It took me years to process this experience.”

Ratner’s attorney told the Los Angeles Times, which reported Khalighi’s story on Sunday, that Ratner has “no recollection” of Khalighi asking for help.

In a statement obtained by Variety on Sunday, Simmons denied Khalighi’s account, saying “abusing women in any way shape or form violates the very core of my being.”

“Everything that happened between us 26 years ago was completely consensual and with Keri’s full participation,” Simmons said. “We spent time in my apartment over a period of two days and one night, as well as at some public places including Nell’s Nightclub. Much of the time we were in the presence of other acquaintances. I’m deeply saddened and truly shocked to learn of Keri’s assertions as to what happened over the course of that weekend.”