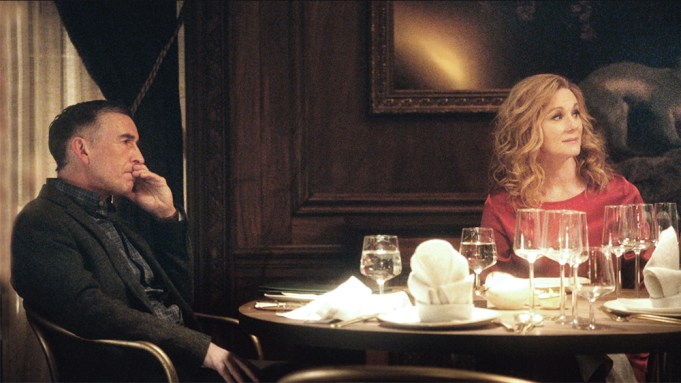 The titular meal is served with a side of tension in the official trailer for the thriller “The Dinner,” starring Richard Gere, Laura Linney, Steve Coogan, and Rebecca Hall.

“To getting through this dinner in one piece,” Coogan’s character offers as a toast.

Gere plays a popular congressman running for governor who invites his younger brother Paul (Coogan) and wife Claire (Linney) to join him and his wife Katelyn (Hall) for dinner at one of the town’s most exclusive restaurants.

While the brothers are estranged, their 16-year-old sons are friends — and have committed an unspeakable crime that has shocked the country. While their sons’ identities have not been revealed yet, their parents are meeting to decided what do. Linney’s character appears to argue against disclosure.

“These are good kids,” she declares. “What’s done is done.”

“These boys have committed a horrific crime,” Gere’s character says. “What will he become if he gets away with this?”

“The Dinner,” directed by Oren Moverman, is based on Herman Koch’s novel. It premiered earlier this month to mixed reviews at the Berlin Film Festival. Variety’s Owen Glieberman praised the movie, saying it was “driven by a quartet of powerhouse performances.”