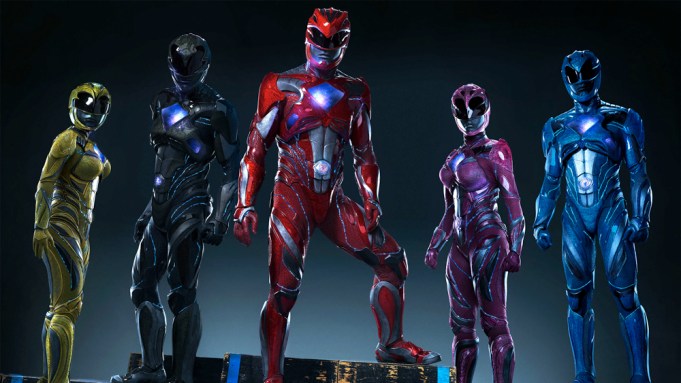 “The answer of what is happening to you is here.”

So says the commanding voice of Zordon (Bryan Cranston) to five recently empowered superhero teens in the latest “Power Rangers” trailer. The footage has the quintet, slowly learning how to use their powers, battling alien invader Rita Repulsa, played by none other than Elizabeth Banks.

The trailer is some of the best footage fans have seen of Rita in action, plus a look at Goldar, the giant golden monster she commands. Dramatic EDM music overlays the fighting clips, as Red, Blue, Pink, Yellow, and Black Rangers test out their newly obtained powers and zords (mechanical dinosaurs).

The reluctant heroes, whose first iteration debuted in 1993’s TV series “Mighty Morphin Power Rangers,” must prevent Repulsa and her army of “Putties” (stone minions) from capturing the Zeo crystal.

“Me and four kids found a spaceship buried underground,” popstar Becky G drolls to her onscreen mom. “Pretty sure I’m a superhero.”

The film premieres in theaters March 24.