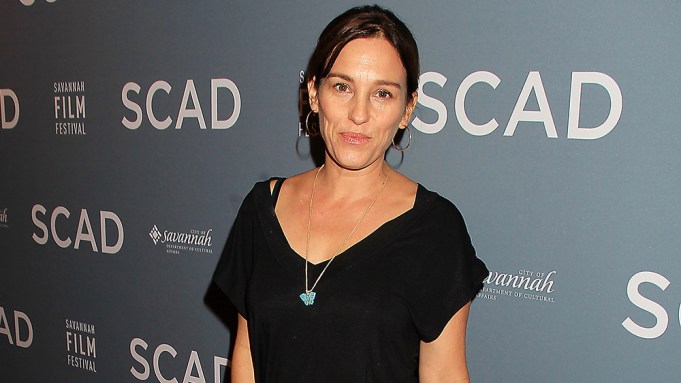 As the original U.S. pink ranger, Amy Jo Johnson is basically royalty to those who grew up in the ’90s — and her successors certainly realize that.

Johnson pulled a fun prank on the cast of the new “Power Rangers” movie, posing as a journalist for the Daily Hive during a Toronto press junket and surprising Naomi Scott, Ludi Lin, and Dacre Montgomery. Not even donning a Clark Kent-esque disguise, Johnson’s cover was blown immediately — a surprised Lin, who plays the black ranger, exclaimed “Oh my god, hi!”

Johnson, who played the pink ranger on the Fox Kids TV show from 1993 to 1995, still got to ask the cast some questions, and the actors revealed a bit more about the Lionsgate reboot.

The new pink ranger, Scott, said the filmmakers are “definitely very specific about what issues we’re going through, you know, what normal, 17-year-old kids go through.” “A kid can relate to any one of us in some way,” she went on.

Meanwhile, Scott told Johnson that she “can’t do any of the acrobatics” like Johnson used to, while the original pink ranger expressed jealousy that the new cast can use their powers even while not in costume. Scott, however, warned her to hedge her expectations on that front.