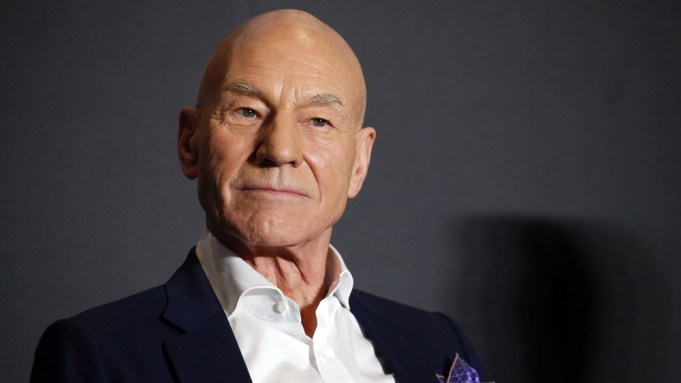 Patrick Stewart is applying for U.S. citizenship in an effort to fight President Trump.

Stewart made the reveal during an appearance on ABC’s “The View” on Thursday morning after host Joy Behar asked about a tweet Stewart sent Feb. 10. “Had the worst sleep of my life last night,” Stewart tweeted from Washington, D.C. “But I was sleeping less than 300 [yards] from where Donald Trump sleeps. Could there be a connection?”

Had the worst sleep of my life last night. But I was sleeping less than 300 yds from where Donald Trump sleeps. Could there be a connection?

Stewart explained to “The View” hosts that he and his wife recently visited friends, whom he described as “Washington insiders,” at the capital to inquire what action they can take in the aftermath of Trump’s election.

“As a result of this election, I am now applying for citizenship, because I want to be an American, too, because all of my friends in Washington said there is one thing you can do: fight, fight, oppose, oppose,” Stewart said. “But I can’t do it, because I’m not a citizen.”

Stewart was born in Mirfield, U.K., but has spent a significant portion of his life in the United States, becoming a pop-culture icon through his portrayals of Captain Jean-Luc Picard in “Star Trek” and Professor Xavier in the “X-Men” movies. He can currently be seen in theaters in “Logan,” starring Hugh Jackman.