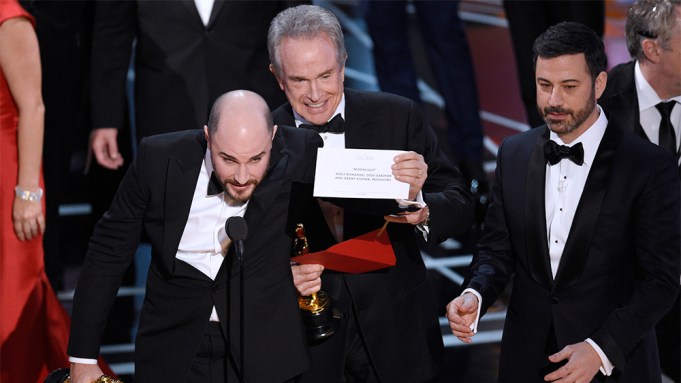 While the rest of the world is still reeling from envelopegate, the Academy of Motion Picture Arts and Sciences is ready to make light of the 2017 Oscars flub.

As previously announced, Kimmel will return to host, and Michael De Luca and Jennifer Todd will be back to produce.

The 90th Oscars will be held on March 4 at the Dolby Theatre in Hollywood.

Watch the promo here or above.