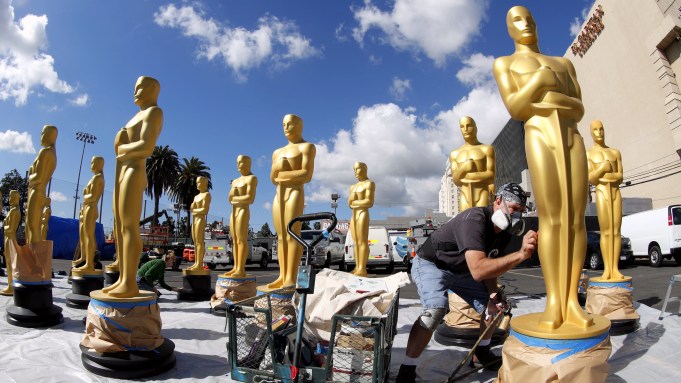 The 89th Academy Awards take place this Sunday, a day expected to be dominated by awards darling “La La Land,” which has earned a record-tying 14 nominations. The Oscars have a long history of upsets and shocking moments though, so this weekend could have its share of surprises.

Coming on the heels of the #OscarsSoWhite controversy, perhaps the most heartening aspect of 2017’s “Oscar numbers” are that they suggest a more promising year for people of color. Black actors were shut out of the acting categories the last two years in a row.

Here are a few of the many compelling statistics about this year’s Oscars, courtesy of personal finance website WalletHub.

Davis earned her third Oscar nomination — the record for a black actress. She was previously nominated for best actress for “The Help” in 2012 and best supporting actress for “Doubt” in 2009.

With 26 total nods, Lionsgate is the most nominated studio at this year’s ceremony.

Sound mixer Kevin O’Connell (“Hacksaw Ridge”) has 21 nominations — the record for the most Oscar noms without a win.

It’s been 21 years since Mel Gibson was last nominated for an Academy Award.

683 new members were added to the Academy in 2016 — the largest and most diverse class ever: 46% of the new members are women and 41% are people of color.

$190 million: Washington’s estimated net worth — the highest of the best actor and actress nominees.

$2.1 million: The cost of a 30-second commercial during the Oscar telecast — 58% less than the cost of a Super Bowl ad of the same length.

$100+ million: How much Hollywood spends annually on award lobbying.