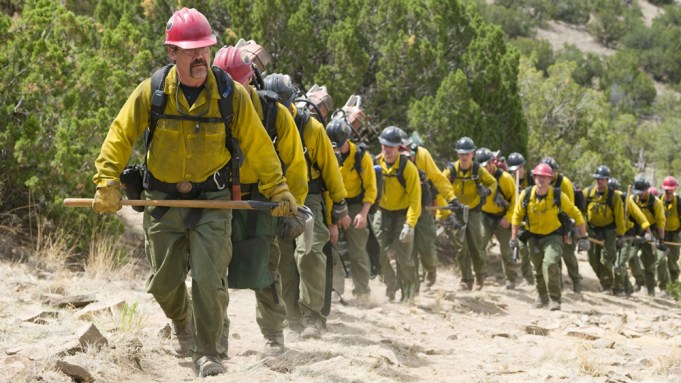 Sony’s first trailer for “Only the Brave” shows the ferocity of the 2013 Yarnell Hill Fire that killed 19 firefighters.

Josh Brolin is the leader of an elite crew, called the Granite Mountain Hotshots, who valiantly try to save their Arizona hometown.

The film, directed by Joseph Kosinski, tells the backstories of the firefighters, focusing on the intensity of the danger and their camaraderie, showing them forming a human pyramid at one point with the declaration, “It’s not about what’s standing in front of you. It’s about who’s standing beside you.”

Miles Teller, Jeff Bridges, Taylor Kitsch, and Jennifer Connelly also star. When Brolin and Teller signed on in 2016, the film was called “No Exit.”

Sony took over the release of the film from Lionsgate in April, with neither studio explaining why Lionsgate had dropped the movie from its slate. At that point, the movie was titled “Granite Mountain.” Sony will release the film on Oct. 20 — a month later than Lionsgate’s intended Sept. 22 release date.