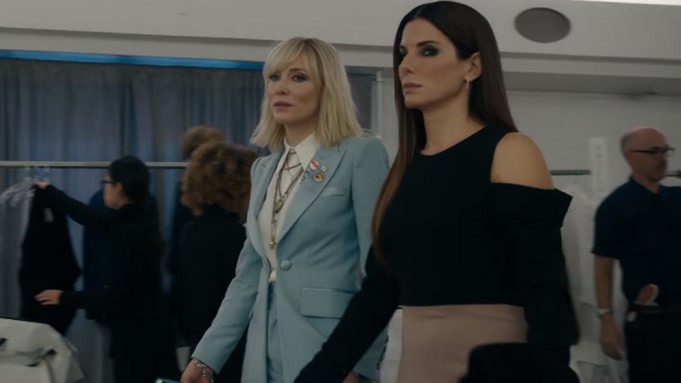 The trailer opens with Bullock in an orange prison jumpsuit at a parole hearing and promising to pursue “the simple life” if she’s released. Then we see the star meet with her would-be counterparts in a planned $150 million jewel heist.

“Why do you have to do this?” Blanchett’s character asks Bullock’s Ocean.

“Because it’s what I’m good at,” Ocean replies.

The movie — directed by Gary Ross, written by Ross and Olivia Milch, and produced by Clooney and Steven Soderbergh — is both a sequel and spinoff of the Ocean’s trilogy.

Paulson dropped the first poster last Thursday on Twitter. The striking image features the film’s stars in stunning coats with the tagline: “Every con has its pros.”