‘Nutcracker and the Four Realms’ Trailer Teases Disney’s ‘Dark Side’ 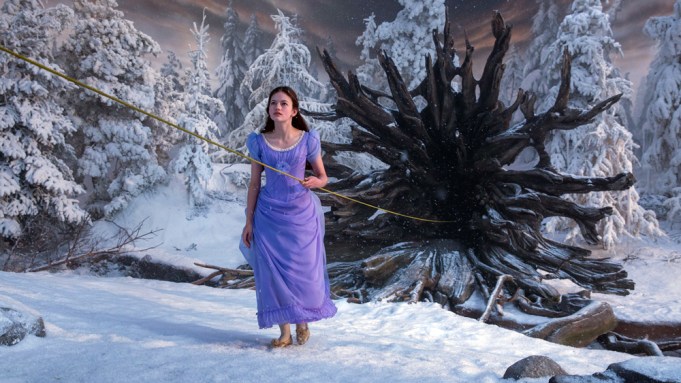 Disney released the trailer for “The Nutcracker and the Four Realms” on Tuesday, just in time for the holidays. Directed by Lasse Hallstrom, the film stars Keira Knightley, Morgan Freeman, Helen Mirren, and Mackenzie Foy.

A live-action take on E.T.A. Hoffmann’s 1816 novel “The Nutcracker and the Mouse King” and Pyotr Ilyich Tchaikovsky’s “The Nutcracker” ballet, Foy plays Clara, a young girl who finds a key to a mysterious parallel universe. There, she encounters gingerbread soldiers, an army of mice, and a tyrant, played by Mirren. Knightley stars as the Sugar Plum Fairy and helps Clara on her journey.

“It’s Christmas Eve: A time of mystery, expectations. Who knows what might happen?” Drosselmeyer, portrayed by Freeman, asks in the clip. Famed ballerina Misty Copeland is also featured as one of the lead dancers and has a solo sequence in the film.

“The legend you know has a dark side,” the trailer teases, suggesting a more sinister turn for the classic tale and an uncharacteristic tone for Disney. The movie joins a number of live-action revamps that Disney has in the works following this year’s “Beauty and the Beast,” including “Aladdin,” “Mulan,” “The Lion King,” and “Dumbo.”