Nicole Kidman & Ewan McGregor on TV vs. Film: ‘The Connection Is Intense’ 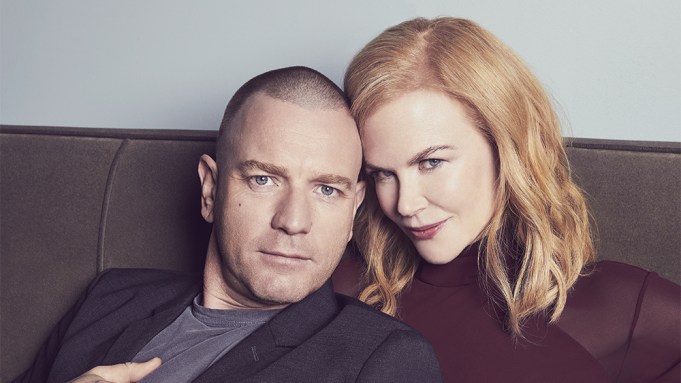 Nicole Kidman and Ewan McGregor sat down for an interview for Variety’s “Actors on Actors” series. For more, click here.

Nicole Kidman: Do you see that it’s very different doing film and television?

Ewan McGregor: No, I think it’s the same. I just think it’s more satisfying doing television now because I’ve been doing films for 25 years or something. I find that the waiting to work is just intolerable nowadays. And in television, you don’t wait very much because you have to do so much in a day. And I like that. I like the pace of it very much. What do you think about it?

Kidman: I don’t see anything different when I’m working on “Big Little Lies” versus working on “Lion” or “[The Killing of a] Sacred Deer” or some sort of film I’ve done recently. The thing I love about television is that you are in people’s lives regularly. And the connection that way is intense, and it makes me feel very much a part of the world — far more connected to the world than in a film.

McGregor: With “Big Little Lies,” you’d never have gotten that cast in a TV show 10 years ago.

Kidman: I’m not sure when it turned. I think it was probably when Matthew [McConaughey] and Woody [Harrelson] did “True Detective,” right? Everyone went …

Kidman and McGregor (in unison): Oh!

Kidman: But it’s also awesome that now there are more opportunities. … A decade ago, there wasn’t enough work, right? Because it was just very much film, and then you would go to television as another resort. But now, it’s all mixed in together, and you have exquisite performances and storytelling in many different mediums. I love that.

McGregor: There are so many platforms for it to be seen on now.

Kidman: I have so many talented friends that now go, “Oh, wow. There’s hope. I can get this. I can do that. I can produce this myself.” So much of it is just giving talented people a chance. … But I’m interested in auteurs. I’m interested in filmmakers. And that’s probably the hardest thing — having them be interested in working with you. So much of being an actor is being on the receiving end of what you get considered for. … And always trying to break through and say, “Give me a chance.”

McGregor: It’s true, the business has got a very small imagination. It totally puts people in boxes. And you’ve never allowed them to do that.

Kidman: And diversity is being able to say, “I want to play all different cultures, people, ideas.” But I need a visionary. I need somebody who’s going to be able to lead it. But see, you’ve directed. I’ve never directed.

McGregor: I put a solid 18 months of my life into making a film that I think is a very good film, and I’m very proud of.

McGregor: That about 18 people went to see in the cinema. That’s something that changed me, in a way. It really did. I’ve always felt connected to my work. And ownership of it, as an actor. But if a film’s not done very well at the box office, I just go, “OK, well I got something out of it, and the experience was rich for me, and it didn’t really matter.” But in this case, because it was a film that I made, I found that it was very hard to deal with the fact that people didn’t go to see it a lot in the cinema.

Kidman: But that can be for so many reasons because, as we all know, it’s so much about corporate [interests] and the ability to promote things and get it out there.

McGregor: Timing and everything. But it also has to do with the kind of film that it is. I’ve thought about it a lot obviously. And I think it’s the sort of movie that people will go to the cinema to see less. People are going to see event movies and horror films. I think now because we’ve got such access to movies, in our living rooms, in our homes, or wherever we are — our phones, with our children’s generation. We put all this time and effort into making these beautiful movies that our kids are going to watch on their iPhone.

McGregor: So maybe that changed my thinking a little bit about it as well, that maybe having it seen in a cinema isn’t the be-all and end-all anymore.

Kidman: When Reese [Witherspoon] and I were talking about doing [“Big Little Lies”], we were like, “We really feel like there’s a place in the world for these stories about women.” I think there was doubt from people because it was like, “Hmm, I think it’s going to be pretty niche.” And for it to then spread further than being niche is really gratifying because you go, “No, we weren’t crazy. We were right.”

McGregor: Yeah, it’s funny that people imagine something about women as “niche.” Isn’t that f—ing ridiculous?

Kidman: You have to stand up, fight, be willing to take the falls every now and then, because sometimes, maybe, it won’t be commercially viable, but sometimes it will. Sometimes it will hit such a raw nerve. Look at “Manchester by the Sea,” such an exquisite piece of filmmaking. Very dark and very upsetting, but still reached a massive audience. Even something like “Lion,” which would normally not reach that many people, but it kind of just hit a place. And that’s what happens with TV now. … It’s miraculous that it happens. But I do think that audiences sniff out the things they’re interested in. We’re so lucky that there is a way that you can penetrate that is just kind of grassroots.