Why Nicolas Cage Doesn’t Like the Word ‘Acting’: ‘I Don’t Act, I Feel’ 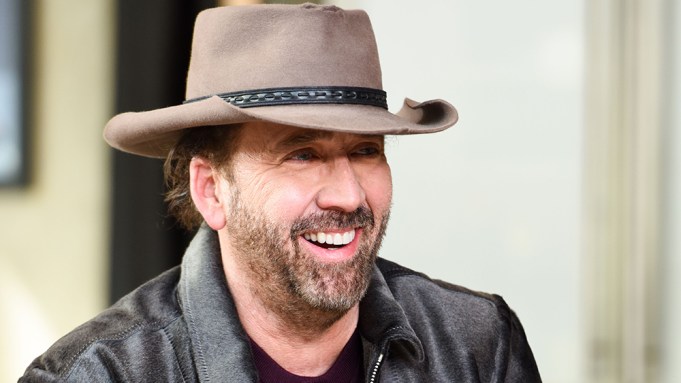 Nicholas Cage may be known throughout popular culture of his distinctive brand of on-screen wackiness, but for the record, he’s not so sure he’s “over-the-top.”

“You show me where the top is, and I’ll let you know whether I’m over it or not, all right?” Cage said during his interview, alongside “Mom and Dad” director Brian Taylor and fellow stars Selma Blair and Anne Winters, at the Variety Studio Presented by AT&T at the Toronto International Film Festival. “I design where the top is.”

Cage called “Mom and Dad” his favorite film he’s worked on in the last decade and referred to Taylor as “my Kurosawa and I am his Mifune,” referring to the famous Japanese director-actor team of Akira Kurosawa and Toshiro Mifune. Taylor previously worked with Cage on “Ghost Rider: Spirit of Vengeance.”

“He let me do what I need to do and he knows how to utilize me,” Cage said. “I’m user-friendly for Brian.”

Cage stated that Taylor had previously approached him to work on a project for television, but he turned him down because “I can’t do TV, I’m an effing movie star.” However, the director is “bringing me back to what I feel is important, which is to be shocking and to be rocking,” Cage added.

When asked about his intense acting style, Cage said, “I don’t even like the word acting anymore because it implies lying in some way. I don’t act, I feel.”

The upcoming film “Mom and Dad” is a horror film about two children who must survive their parents’ murderous rage. The film screened at the Toronto International Film Festival and will premier in the US at Fantastic Fest in Austin, TX on Sept. 24.