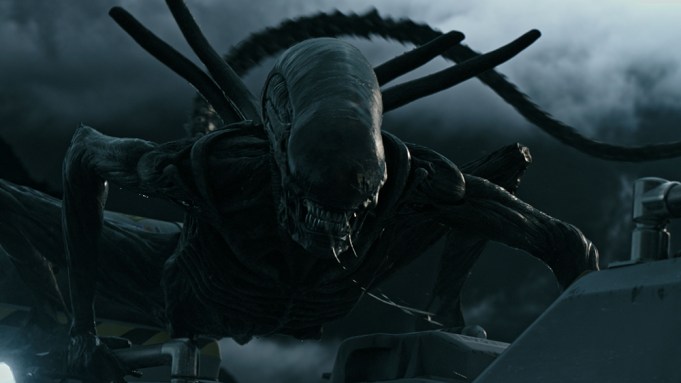 Fox has released a horrifying new trailer for Ridley Scott’s “Alien: Covenant,” featuring an attack from its trademark acid-dripping monsters.

The trailer begins idyllically as the titular spaceship Covenant winds up on a planet that looks perfect for colonization by human. But the crew realizes that something’s amiss when they find wheat growing.

“What are the odds of finding human vegetation this far from Earth?” one asks.

The crew figures out that humans have been to the planet before. That’s followed by several scenes of merciless xenomorphs killing crew members with the film’s tagline, “The path to paradise begins in hell.”

Scott is directing from a script by Jack Paglen, Michael Green, and John Logan.

The film arrives in theaters on May 19, 2017. Fox originally planned to release the movie in August, but decided several months ago to move it forward three months.

“Alien: Covenant” is a sequel to “Prometheus,” which was set in the late 21st century and about 30 years before the events in Scott’s 1979 movie “Alien.” “Prometheus,” which generated $403.3 million at the worldwide box office, followed scientists aboard the titular spaceship who discovered the remains of an advanced civilization developing weapons that could wipe out the human race.