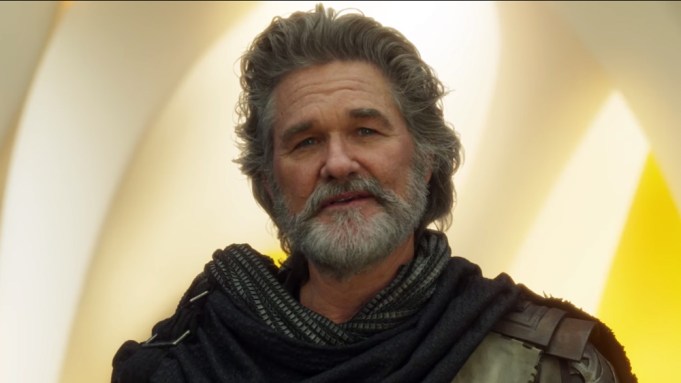 The Guardians of the Galaxy are back.

Kurt Russell’s character makes his debut at the end of the trailer. “After all these years, I’ve found you,” Ego the Living Planet tells Star-Lord (Pratt).

“And who the hell are you?” Star-Lord — aka Peter Quill –asks.

The trailer — aside from spotlighting Baby Groot in all his cuteness — also offers a first look at a new villain — the golden Ayesha (Elizabeth Debicki), who wants to “cleanse the universe” of fear, jealousy, and betrayal.

Director James Gunn also tweeted the new poster for the film on Tuesday.

Because we love you. New #GotGVol2 poster. pic.twitter.com/tWWOT4T9Xh