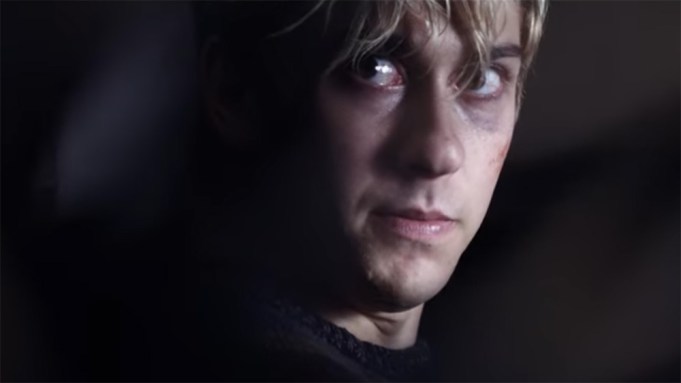 “The human whose name is written in this note shall die.”

In the first teaser trailer for Netflix’s live-action adaptation of the hit 2003 Japanese manga “Death Note,” high-school student Light Turner (Nat Wolff) is shown reading those words from the titular supernatural notebook. Once he writes down the name of the person he would like killed and envisions that person’s face in his mind, the task will be complete.

At the end of the trailer, the alarming voice of Ryuk (Willem Dafoe), the god of death known as the shinigami who drops the notebook, is heard asking a simple question to Turner: “Shall we begin?”

As things come to a head, Turner delves into a crusade against the criminals of the world, while simultaneously attempting to avoid getting caught by the international detective and genius known as L (Lakeith Stanfield).

“Blair Witch” helmer Adam Wingard directs the latest adaptation of “Death Note,” which garnered wide acclaim during its original run, having been made into movies, an anime, video games, and a musical in 2015. Yet the film adaptation has generated controversy, criticized for its casting of white male and female leads, much like the upcoming “Ghost in the Shell” movie.

“Death Note” will premiere on Netflix on Aug. 25. Watch the trailer above.