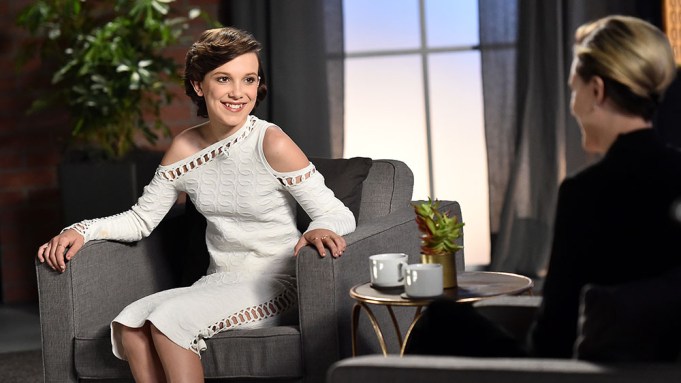 Millie Bobby Brown wasn’t fazed when she auditioned in front of Hugh Jackman for “Logan.” In fact, the 13-year-old actor considers it her best audition.

Brown discussed how she prepared to audition in front of Jackman and director James Mangold during in an interview with Evan Rachel Wood as part of Variety’s “Actors on Actors” series. She read for the role of Laura Kinney, also known as X-23, the little girl in “Logan.”

“I was like, ‘It’s going to be amazing, I’m going to really prepare,’ and I sat in my room reading the lines,” she said. “Honestly, for me, I felt so — I felt an actor, in the audition room, hitting Hugh Jackman, and James Mangold sitting right in front of me.”

Although she didn’t get the part, she gave a nod to Dafne Keen, the 11-year-old who nabbed the role.”I watched it; she was incredible,” Brown said. “It meant so much to me.”

In the interview, Brown, known for her role as Jane “Eleven” Ives in the Netflix science-fiction drama “Stranger Things,” also recalled her worst audition — a Barbie commercial.

“It was very awkward,” she admitted. “It was hard. I had to jump up and down. They gave me this, I don’t even know what it was, it was just this thing I had to hold and stand up and play pretend with this other girl.”

Regardless of the part, Brown, an English actress, said she always auditions with an American accent. “Sometimes I thought, ‘Would it throw people off of hiring me?'” she explained.

Instead, she has another plan of action when directors ask for her name and resume. In a flawless American accent, she rattles off, “Hi, I’m Millie. I’m 9 years old. I’ve been acting for about one year.”

“I’m so perfect, you should totally hire me,” she added, laughing.

“But that’s smart,” Wood noted. “You know your audience when you walk into an audition.”