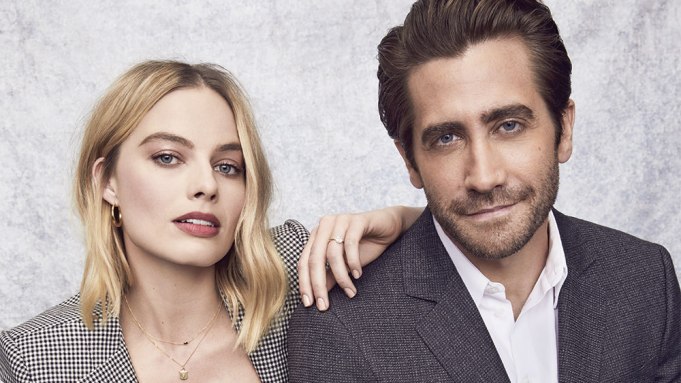 Margot Robbie (“I, Tonya”) and Jake Gyllenhaal (“Stronger”) sat down for a chat for Variety‘s “Actors on Actors” presented by Google Home, which airs Jan. 2 to Jan. 4 at 7 p.m. on PBS SoCal KOCE.

Margot Robbie: You’ve been in the business a lot longer than I have. Your first job was when you were 11?

Robbie: Was there a conscious choice to become an actor? If no one in your family was in the business, do you think you would have found your way into the business anyway? Or do you ever wonder what you’d be doing if you weren’t doing this?

Gyllenhaal: Absolutely. You ask those questions at different times. But I think that it’s this crazy blessing that is really a lot about luck, and that makes me feel very grateful. But being around this business my whole life, I think there are a lot of aspects that feel like family. I think we all come to this space one way or another to find different families. It’s interesting in thinking about these two characters [Olympic figure skater Tonya Harding and Boston Marathon bombing survivor Jeff Bauman]: They were both kind of thrust into the spotlight in a particular way — for your character, because of her choice and then also because of the event that happened.

Robbie: Something [Tonya] asked me about when we met, she said, “How are you dealing with fame and being famous?” And actually, it was very kind of her to ask. Because to be honest, her situation was horrible, and it happened to her so young, and I think what made the biggest difference in the world was she didn’t have a support network around her. And I do, and I’m so lucky. I didn’t start working professionally until I finished high school. I had a very clear bookend from my childhood to my adulthood — from my life outside of the film business and my life inside.

Gyllenhaal: You have always been very clear about that. Separating those two.

Robbie: It’s bittersweet living outside of Australia, because I miss everyone so much, but the fact that they are so removed from it helps me keep my life and my work separate — even though they are intrinsically linked, because all I want to do is work all the time. But becoming famous at [Tonya’s] age without a support network around her, and without a clear distinction, I think would have been incredibly difficult.

Robbie: I was in tears in the moment when he’s at the Red Sox game and you can just see that he suddenly realizes the responsibility he has and the positive impact he can have on the people around him by just listening to their story and shaking their hand. And I was bawling by that part.

Gyllenhaal: Thank you. That’s really sweet of you to say. I think that movies can bring joy. And that’s what I feel Jeff showed me, is his spirit, when you get touched by him, or you’re around him, or you know if he were here, you’d feel so happy to be alive. Also he has such a great sense of humor and makes all my petty crap seem like petty crap. I think he always just puts it in perspective for me.

Robbie: I feel like there are similarities in what we went through and that we were both playing real-life people in a situation that didn’t happen that long ago. And there’s obviously the added responsibility when you play a real-life person who’s still alive. How was it playing Jeff, and playing a real-life person, and just that story in general?

Gyllenhaal: It was a huge responsibility. I felt a pressure beyond a pressure I’ve ever felt in terms of playing a character because you’re, like you said, you know you want to do the situation the service that it deserves. You spent time with Tonya?

Robbie: Not the way I think you might have [with Jeff]. I actually wanted to keep a bit of distance. I knew that if I met her and liked her, I would never play this character properly. I would be sugarcoating her flaws; I’d be trying to justify the bad things that she may do or say in a situation. And I didn’t want to do that. So there was the character of Tonya, and then there was the person [whose story] I’m telling, and there’s the responsibility to do their story justice. It’s a weird thing to try and make something entertaining. And entertaining doesn’t always mean funny or happy.