Continue to Variety SKIP AD
You will be redirected back to your article in seconds
Dec 21, 2017 7:07am PT 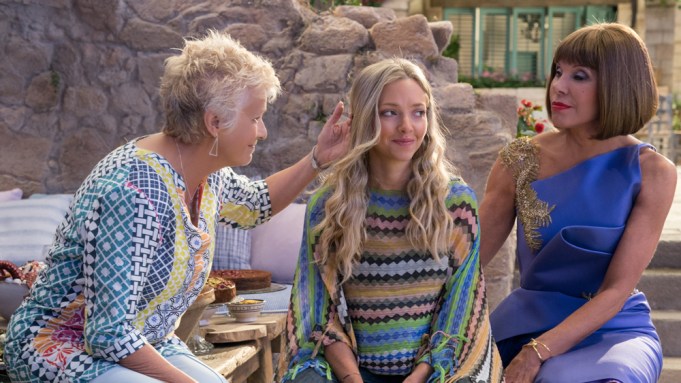 How can you resist the trailer for “Mamma Mia!: Here We Go Again”?

Universal Pictures debuted the first look at the highly-anticipated sequel to 2008’s “Mamma Mia!” on Thursday morning. The footage shows a pregnant Sophie (Amanda Seyfried) welcoming her mom’s best friends Tanya (Christine Baranski) and Rosie (Julie Walters) back to Greece to help her prepare for motherhood.

“Your mother was the bravest person we ever knew,” Rosie says. “Let me tell you how she did it, all on her own.”

Through a series of flashbacks featuring Lily James’ young Donna, we learn about her mom’s (Meryl Streep) youth. In a shocking twist, the trailer seems to tease Donna’s untimely death. The footage also offers a glimpse at Cher, who plays Sophie’s grandmother.

“Grandma, you weren’t invited,” Donna tells her upon her arrival. “That’s the best kind of party, little girl,” she responds.