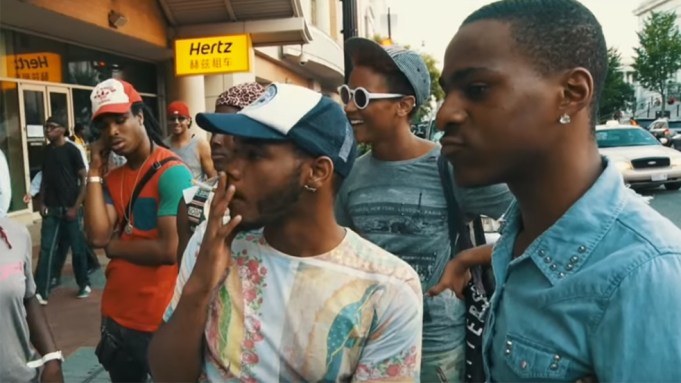 Louis C.K. has made a move into movie distribution, releasing the gang documentary “Check It” through his website.

“Check It,” which is executive produced by Steve Buscemi, follows the members of black gay gang in Washington, D.C. as they attempt to survive. C.K. announced the release through an email to his subscribers.

“It knocked me right over,” he said. “It was an amazing emotional ride. It was funny and moving, I learned a lot and it gave me a lot to think about after.”

“Check It” is directed by Toby Oppenheimer and Dana Flor, who followed the gang members for four years as they dealt with harassment, poverty, and violence. The comedian saw the film at the Tribeca Film Festival in April at the behest of Buscemi.

“It’s about a gay black street gang in DC (the only one documented in the country) made up of kids who were living on the streets and easy targets for violence and harassment,” he explained. “They started this gang to protect each other. They made a family where they didn’t have one.”
He also admitted that the film is not easy to watch: “It takes on life right where the rubber hits the road. What made me love it was just the kids themselves. They are like any kids, like anyone’s children. They are trying to cope against terrible odds, they are funny and full of hope and life. Their lives are difficult and complex. They are very generous in sharing this with the filmmakers and you, if you watch the film.”
C.K. also said that the film can be purchased for $5 “like everything else on my site.” Additionally, he put together a customized trailer for “Check It,” which can be watched here or above.
Comments
Loading comments...