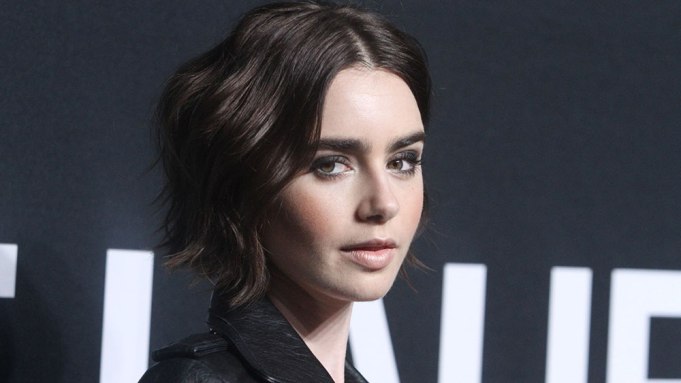 Lily Collins stars as a young woman battling anorexia in the indie film “To the Bone,” and the actress has a personal connection to the subject matter.

Collins revealed on Saturday at Variety’s studio at the Sundance Film Festival in Park City, Utah, that she formerly battled an eating disorder.

“This movie was really important to me to be a part of because, as a teenager, I suffered from eating disorders,” Collins said.

“This is the first time I’m talking about it. This is my moment of talking about it,” Collins shared. “It’s important. It’s really important. It’s something that a lot of young women go through and there’s no shame in it, and this movie is about that — it’s about embracing your past and about realizing it’s something that doesn’t define who you are, but it’s about your experiences, surrounding yourself with people that support you, and about surviving and getting through it.”

“The The Bone,” which is in the U.S. dramatic competition at the festival, is based off the real-life experiences of writer/director Marti Noxon, who also dealt with an eating disorder in her past. Keanu Reeves stars alongside Collins in the film, playing her character’s doctor.

Collins explained that she was immediately drawn to the project because of her common ground with Noxon.

“This was something that right away when I met Marti, I completely was like, oh my god, we have to work together,” Collins said. “We have to tell this story because it’s something I think that’s incredibly taboo with young men and women to talk about, especially in today’s day and age where it’s more and more prevalent.”

In prepping for the role, Collins looked back to her own experiences and Noxon’s. The Golden Globe nominee also met with experts in the field, plus others who have suffered from eating disorders.

“Marti was so nurturing right away to reference my experiences, but also…in a way, I’m playing Marti’s life, so I just talked to her about all her experiences and we shared a lot,” Collins said. “I talked to the head of the UCLA department for eating disorders and spoke to medical doctors about the facts, and we visited groups of young women and heard about their stories.”

Collins is one of many women in Hollywood who have spoken up about their past eating disorders, including Demi Lovato, Zoe Kravitz, Portia De Rossi, Candace Cameron Bure, “Girls” star Zosia Mamet and “Good Morning America’s” Ginger Zee.

At #Sundance, @lilycollins explained how her past struggles with an eating disorder helped to inform her "To the Bone" character pic.twitter.com/OoI85KMfHW