‘King Arthur’: Charlie Hunnam Pulls the Sword From the Stone in New Trailer 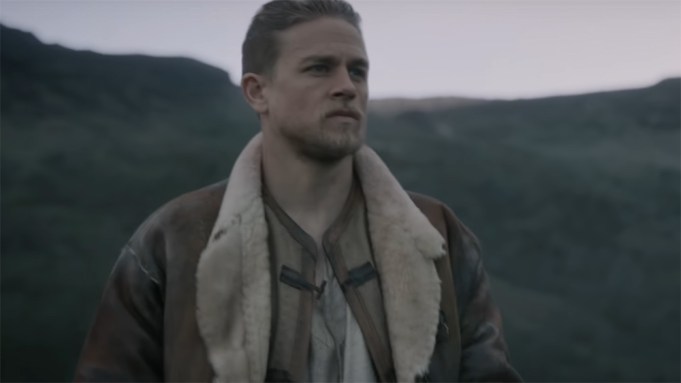 Charlie Hunnam swings into action in the latest trailer for the much-delayed “King Arthur: Legend of the Sword,” facing his destiny and, yes, even pulling the sword from the stone in the latest look.

The new take on the Excalibur tale follows King Arthur, who is robbed of his birthright after his father is murdered and his uncle Vortigern, played by Jude Law, takes control of the throne. Arthur has a rough upbringing, living in the alleys of the city, but once he pulls the sword from the stone, he’s forced to acknowledge his legacy.

“I’ve never had any power, or any desire to achieve it,” says Hunnam in the trailer.

Hunnam and Law star alongside Djimon Hounsou as Bedivere, Astrid Bergès-Frisbey as Mage, Aidan Gillen as Goosefat Bill, and Eric Bana as King Uther Pendragon. “The Man From U.N.C.L.E.” helmer Guy Ritchie directed from a screenplay by himself, Joby Harold, and Lionel Wigram. The story comes from Harold and David Dobkin.

“King Arthur: Legend of the Sword” is set to hit theaters on May 12. The movie was recently pushed back two months from its previous March 24 release date.