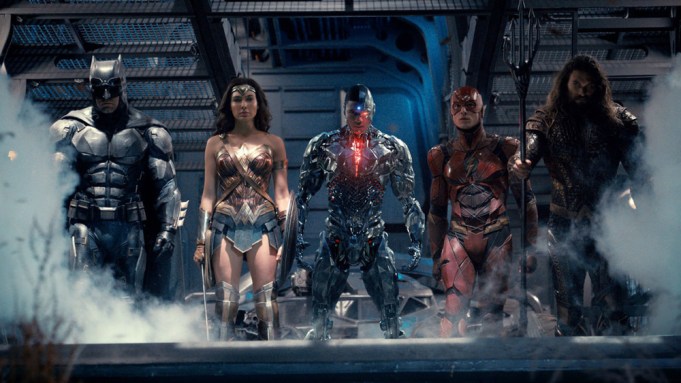 Warner Bros. and DC Comics dropped the largest trailer for “Justice League” yet at San Diego Comic-Con on Saturday.

The 4-minute preview of the fifth film in the DC Comics Extended Universe focused mainly on Wonder Woman, Batman, Aquaman, Cyborg, and the Flash, but also introduced fans to the movie’s main villain, Steppenwolf.

In the clip, Wonder Woman can be seen rescuing children from an explosive robbery before meeting up with Batman to assemble the Justice League. Action shots also showed Aquaman swimming underwater and the Flash and Cyborg learning to hone their powers.

Joss Whedon will oversee the completion of “Justice League” after former director Zack Snyder was forced to step away from the film following the death of his daughter in March. Filming had already finished before his exit. The script was written by Chris Terrio.

The “Justice League” trailer can be viewed above.