Jennifer Lawrence Geeks Out Over ‘The Waterboy’ With Adam Sandler 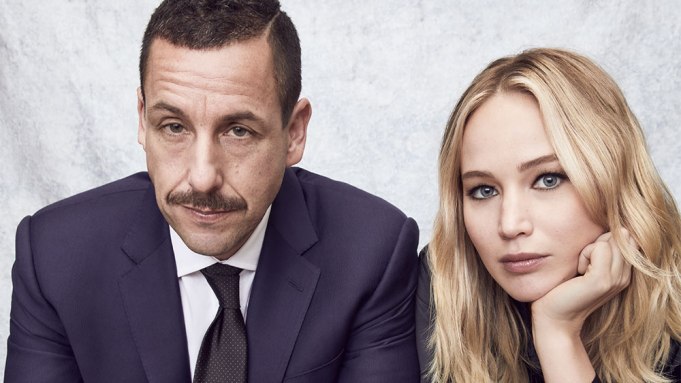 Despite being an Oscar-winning actress, Jennifer Lawrence is a fangirl, first and foremost.

“‘The Waterboy’ I would watch every day when I came home from school,” Lawrence told Adam Sandler, who co-wrote and starred in the film, on Variety‘s “Actors on Actors.”

However when Lawrence asked Sandler what line from the film was most often quoted back to him, he seemed stumped. Sandler struggled for a moment then said he was trying to recall a specific line that had been quoted to him by rapper Dr. Dre 20 years ago.

“Wow, that’s a moment,” Lawrence said excitedly. “That’s like when Woody Harrelson told me to ‘slow down, Jen, this isn’t Jamaica’ when I was 21 or 22. I was like, ‘Oh my god, I just out-smoked Woody Harrelson.’ It was such a big moment.”

Lawrence then revealed that her favorite part of “The Waterboy” was “when your mom was telling a story at the dinner table in ‘Waterboy’ and she goes ‘1776,’ er ‘1976, pick up sticks.'”

The seventh season of Variety‘s “Actors on Actors,” presented by Google Home, will air from Jan. 2-4 at 7 p.m. on PBS SoCal KOCE.