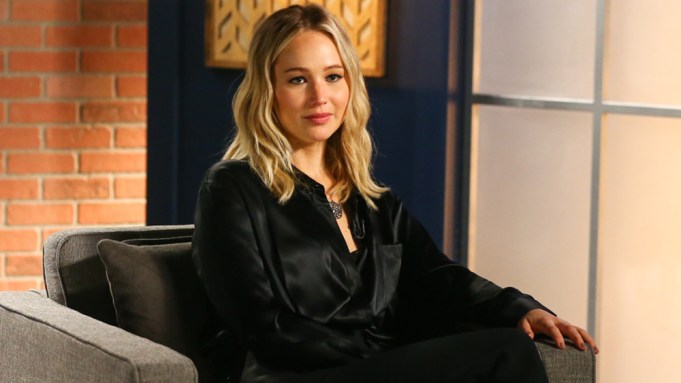 Fan encounters are inevitable for Jennifer Lawrence and Adam Sandler, two of today’s biggest stars. But in a joint interview as part of Variety‘s “Actors on Actors” series, Lawrence and Sandler shared how they avoid undesirable exchanges in public.

“Once I enter a public place, I become incredibly rude. I turn into a huge a–hole,” Lawrence said. “That’s my only way of defending myself.”

The actress attested that comedians, such as her famously friendly pal Amy Schumer, have a harder time refraining from interactions because people “just assume they’re your best friend.”

“I take my dog to the park all the time, to Central Park,” Lawrence said. “As soon as I meet her in the park, we’re f—ed.”

Sandler agreed that comedians seem more approachable. “When I’m out eating, people do pull up a chair,” he shared.

Though Sandler said he doesn’t shut down interactions, he revealed a new move that has been working when fans his age ask for a picture.

Sandler points to his age for his willingness to engage with fans. “I sit them down, I feed them, I let them hang out with my kids,” he joked. “My life’s nearing the end. I want to meet as many people as I can.”