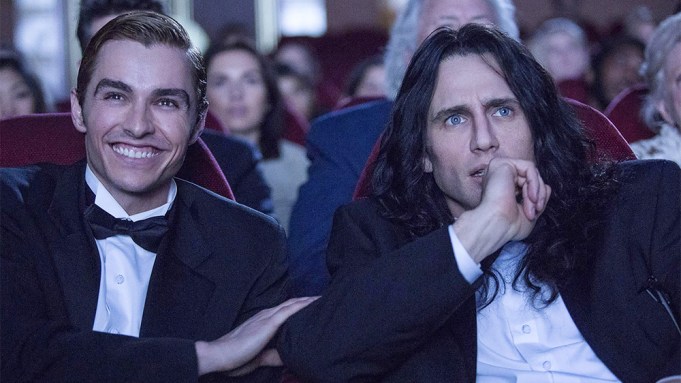 The trailer for James Franco’s bizarre yet lauded picture “The Disaster Artist” has finally dropped, giving audiences a sneak peek of the film-within-a-film.

“The Disaster Artist” chronicles the story of the filming of Tommy Wiseau’s “The Room,” which is widely regarded one of the worst movies ever made, although its awfulness amassed it a cult following, inspiring midnight screenings a la “The Rocky Horror Picture Show.” Based on the book written by writer-director-star Wiseau’s best friend Greg Sestero, the film stars Franco as Wiseau with his brother Dave as Sestero. Seth Rogen also co-stars along with a whole host of familiar comedic faces, as well as several cameos (Bryan Cranston, anyone?).

The trailer illuminates the struggles faced by Wiseau, who was a notoriously awkward actor. He attempts to deliver the same set of lines over sixty times, at first forgetting them and then being unable to hear script supervisor Sandy Schklair (Rogen) yell “Action!” By the end, the entire production crew is chanting the lines along with him, and when he finally get them right, everyone erupts into cheers.

The film has received positive reviews since its premiere to uproarious applause at SXSW, with Variety even suggesting it may an early Oscar front-runner.

“The Disaster Artist” will premiere Dec. 8, 2017. A new poster for the movie can also be seen below.