Watch the Terrifying First Trailer for Stephen King’s ‘It’ 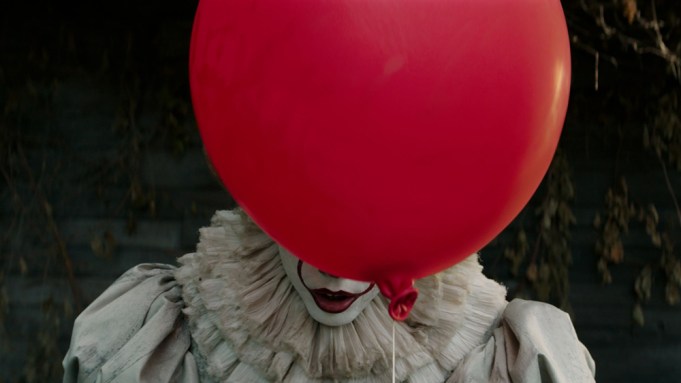 The trailer for the movie adaptation of Stephen King’s literary classic “It” is sure to give you coulrophobia.

Warner Bros. released the terrifying first footage of the film on Wednesday — a day after the creepy poster reveal. If the broken projector scene or closing gutter shot doesn’t make you afraid of clowns, nothing will.

Tim Curry portrayed the iconic clown in the 1990 miniseries. Like Curry, Skarsgard’s demon carries around a red balloon, as the trailer promises “You’ll float, too.”

The teaser opens on a rainy day as Pennywise lures a little boy into a storm drain after the kid’s paper boat floats into it. His brother — Lieberher’s Bill — and a group of his friends create the Losers Club to get to the bottom of Georgie’s disappearance as more and more children begin to vanish in the town of Derry, Maine.

“It” creeps into theaters on Sept. 8.

Here’s the movie poster below.