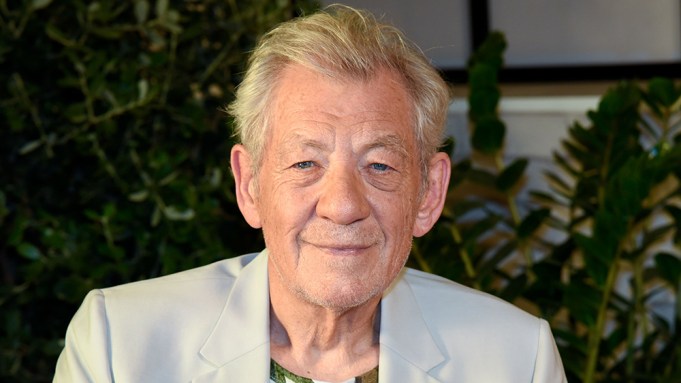 During an interview at the Variety Studio in Cannes Lions, the actor Ian McKellen had harsh words for President Donald Trump if he fails to follow through — as seems to be the case — on a campaign promise to protect the rights of the LGBT community.

Asked about the administration’s attempts to roll back gay and transgender protections, McKellen said, “If what you’re saying is true, it’s appalling and quite unnecessary and very un-American. The gay rights movement began in America. It began in San Francisco, it began in Stonewall, the city where Donald Trump was born and thrived.”

The White House has refused to acknowledge June as Pride Month. In March, Trump quietly rolled back an Obama-era rule, Fair Pay and Safe Workplaces Executive Order. Many argue that the move leaves female and LGBT employees of federal contractors venerable to discrimination.

McKellen, the most recent openly gay actor to be nominated for an Oscar, admitted he’s not sure what Trump believes. “I can’t follow Mr. Trump,” McKellen said. “I don’t always understand what he says and when I do, I have to admit later that I got it wrong because he changed his mind or changed his mind about what he said. He’s a very bad communicator, at least to me. Get more straightforward, Donald. And then we can take you seriously.”

McKellen arrived at the annual advertising conference in the South of France with an initiative, co-sponsored by the creative agency the Brooklyn Brothers and TV production house Brown Eyed Boy, to solicit short films that re-imagine iconic characters as gay (winners will be broadcast on Facebook).

The actor known for playing Magneto in the “X-Men” franchise spoke about the lack of gay characters in major Hollywood tentpoles. “I wouldn’t say the films coming out of the mainstream are quite as related to what’s going on in the real world as I would like them to be,” McKellen told Variety. “One indication of that is LGBT people don’t really get quite a big enough say. If you’re one of those initials yourself, you do notice that actually these movies are not about me at all.”

Hollywood has yet to greenlight a comic-book movie anchored by a gay superhero. “Frankly looking at the images of some of these superheroes it’s a surprise to me they aren’t gay,” joked McKellen.

He expressed disappointment that his costume for Magneto isn’t quite as flamboyant as it was in the comics. “I wasn’t allowed to wear that outfit,” McKellen said. “I don’t look like Magneto in the comics — always shot from the crotch level.”

McKellen had a suggestion for rebooting the James Bond franchise with a gay 007. “I do have an idea,” McKellen said. “I think Ian Fleming, who wrote the original books, knew all about [it]. I’m not sure subsequent actors have quite understood the joke, which is the same as Superman. James Bond is a wimp! He’s a silly Englishman that wants his martinis stirred. He changes his underwear, like Superman, and he can save the world. They all play it the same — he’s heroic all the way through. No, he’s not.”

“If you play James Bond as an outwardly camp, silly gay man that no one took seriously and then he turned out as many gay men are underneath their clothes — buff and strong and as hetero as any hetero — we might have a more truthful story than the one that has been told,” McKellen said.

Would he want to play this new Bond? “I’m not volunteering,” he said. “I’m insisting. No, I’m too old to play it. I can be on the periphery of this new version.”

With all the recent talk of diversity at the Oscars, one statistic still goes unnoticed. There hasn’t been an openly gay actor nominated for an Oscar in 15 years — since McKellen was recognized for his work in “Lord of the Rings: The Fellowship of the Ring” as the wizard Gandalf.

“It’s hard isn’t it?” McKellen said. “It’s probably because there are few remaining very talented actors who aren’t quite out of the closet in the way one would like for them to be for their own health and good. I don’t think there’s anything sinister about it. I was only the second openly gay man to receive a knighthood. Records are being broken day by day.”