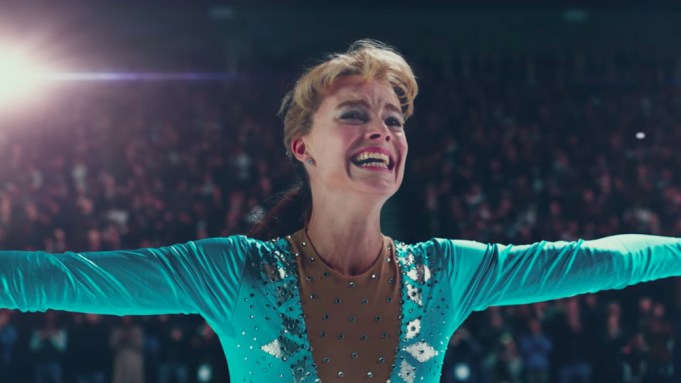 The first teaser for Margot Robbie’s “I, Tonya” proves that the actress took a no-nonsense approach to her portrayal of disgraced figure skater Tonya Harding.

The footage shows her smoking a cigarette under the arena hallway prior to competition, stubbing it out with her skate, then coming out to the ice with a dazzling smile. In a voiceover, Harding asserts that the American people want someone to love and someone to hate.

“The haters always say ‘Tonya, tell the truth.’ There’s no such thing as truth,” the voiceover continues. “I mean, it’s bulls—.”

The dark comedy centers on Harding’s attack on rival figure skater Nancy Kerrigan — aimed at breaking Kerrigan’s leg so she couldn’t compete in the 1994 Winter Olympics in Lillehammer. Harding’s involvement would eventually lead to her being stripped of her 1994 national title and a lifetime ban from the figure skating world.

The pic held its world premiere at the Toronto International Film Festival last month. It hits theaters on Dec. 8.