Mark Ruffalo Sizes Up Chances of a Standalone ‘Hulk’ Movie: It ‘Will Never Happen’ 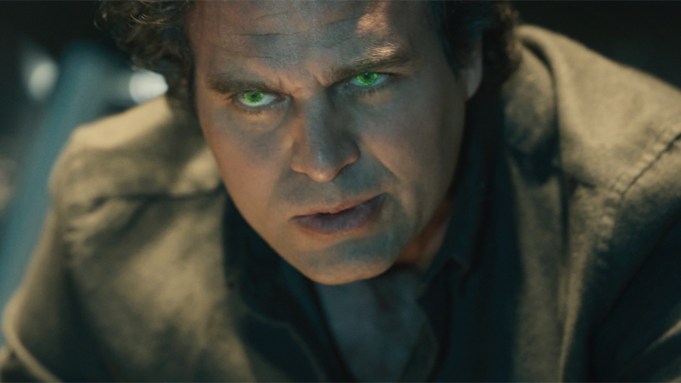 Try as he might, Mark Ruffalo just does not see a future where a(nother) standalone “Hulk” movie exists. The “Avengers” star confirmed the news to Variety at Disney’s D23 Expo on Saturday.

Following the screening — which received deafening applause from the audience — Ruffalo spoke to Variety about a potential spinoff of his own.

“I want to just make one thing perfectly clear today: A standalone ‘Hulk’ movie will never happen,” confirmed Ruffalo. “Universal has the rights, and for some reason, they don’t know how to play well with Marvel. And they don’t want to make money.”

“And with you as the new Hulk, it would be terrible,” joked Cheadle.

Unlike Sony’s partnership with Marvel to create “Spider-Man: Homecoming,” it seems as though even Bruce Banner himself doesn’t see any possible chemistry between Universal and the MCU. Universal has maintained the rights to the Hulk ever since 2003’s “Hulk” starring Eric Bana and 2007’s “The Incredible Hulk” with Edward Norton.

Variety‘s interview with Ruffalo and Cheadle can be viewed above.