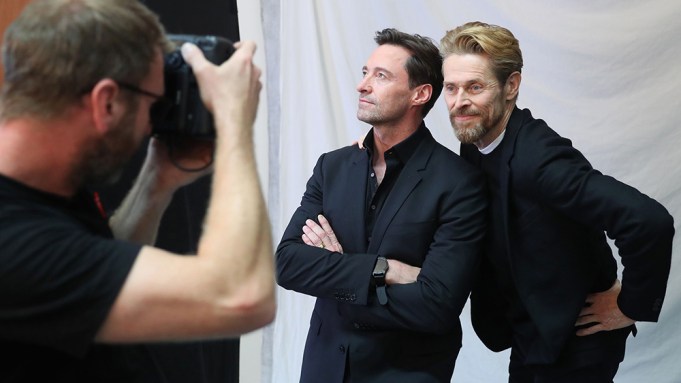 DC and Marvel’s yearly superhero flicks may be all the rage now, but Hugh Jackman and Willem Dafoe were involved when the future of comic book movies was uncertain.

“When ‘Spider-Man’ was proposed to me originally it was like, ‘Really, you’re going to make a movie from a comic book?'” Dafoe, who played the Green Goblin in Sam Raimi’s “Spider-Man” and will appear in the upcoming “Aquaman,” said. “It was like I was slumming it, you know? I didn’t see it that way, but some people were like, ‘Really?'”

Dafoe said he believes that part of the success of the superhero film is its international appeal, saying that their “muscular” stories often have cross-cultural appeal and the set pieces are visually engaging enough to continue to draw in audiences around the globe.

Jackman added that superhero films have generally surpassed audience’s expectations. “Ten years ago I remember hearing people say, ‘I don’t think this will last much longer,’ and it’s just continued to grow. I don’t think anyone saw that coming. I think ‘X-Men’ did a lot, particularly when it opened up in a concentration camp and the idea that we were taking it seriously in terms of more humanistic rather than superhuman.”

Jackman also gave credit to director Christopher Nolan for reinvigorating superhero films with his “Dark Knight” trilogy and for making audiences realize that comic book movies were more than just “genre films.” He said he appreciates how studios are taking risks with films like “Deadpool” and “Logan” and doesn’t know how long the hero craze will continue.

Both actors said they still love roles in action films and the simplicity of applying themselves to the cause and effect nature of the films.

“I see it as dance,” Jackman said.

“Me too,” Dafoe said. “I see performing as dance.”