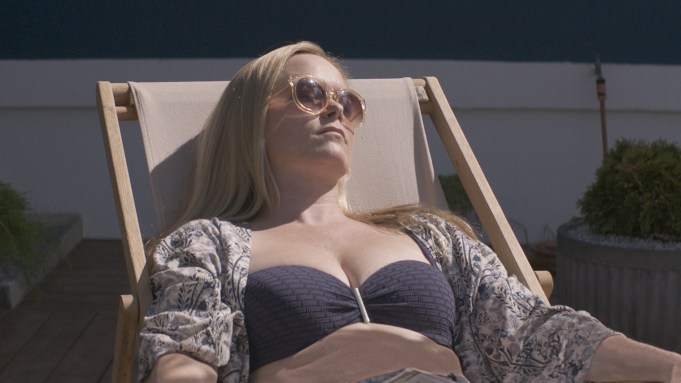 Hafsteinn Gunnar Sigurdsson, the Icelandic director of “Either Way” and “Paris of the North,” is unveiling the trailer and poster of his anticipated third feature “Under the Tree,” which is set to play at the Venice and Toronto film festivals.

“Under the Tree” is produced by Iceland’s Netop Films (“Rams”), Poland’s Madants, Denmark’s Profile (which had also co-produced “Rams) and Berlin-based One Two Films.

A drama laced with dark humor, “Under the Tree” follows Atli, a young man who gets thrown out by his girlfriend who does not want him to see their daughter anymore. While fighting to obtain the right to see his daughter, Atli, has to deal with his parents’ bitter dispute with their neighbors over a big and beautiful tree.

The script is written by Sigurdsson and Huldar Breidfjörd. The pair previously collaborated on “Paris of the North,” which won a flurry of awards. Sigurdsson’s feature debut, “Either Way,” was remade into “Prince Avalanche,” the American film directed by David Gordon Green.

New Europe Film Sales represents the film in international markets and will present it to buyers at Haugesund’s New Nordic Film market.

“Under The Tree” has already been pre-bought for China (Times Vision), France (Bac Films) and Scandinavia (Scanbox). Here is a first look at its trailer and its poster.