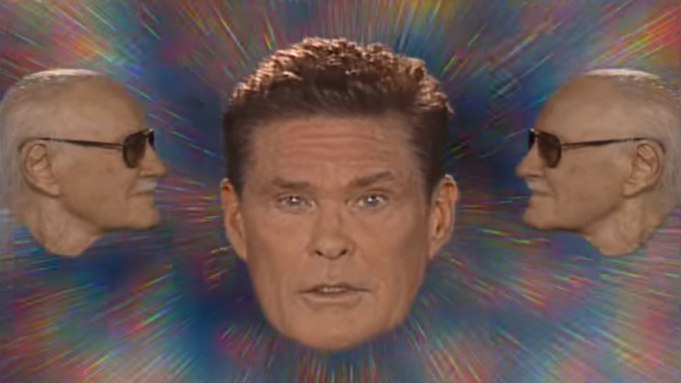 James Gunn has released yet another piece of retro-inspired filmmaking just three months after launching the summer box office hit, “Guardians of the Galaxy Vol. 2”

No, it’s not a first look at the third movie. Instead, the director treated fans to a music video on Sunday for the disco track “Inferno” by the Sneepers off the “Guardians 2” soundtrack.

Hasselhoff closed the video with one simple request: “Just remember, in these times of hardship: We. Are. Groot.”

The video was directed by David Yarovesky, who Gunn called out on social media. “The idea was mine, but the execution was all his,” Gunn wrote.

The video will be included as a special feature on the “Guardians of the Galaxy Vol. 2” Blu-ray, available Aug. 22. The movie will be available for digital download on Aug. 8.

The “Guardians of the Galaxy Vol. 2” music video for “Inferno” can be viewed above.