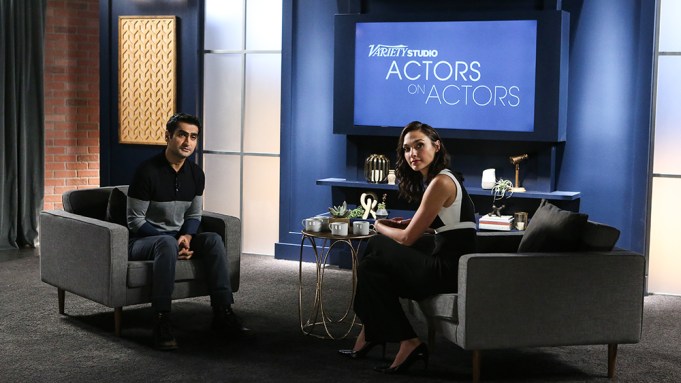 Before “Wonder Woman” and “Justice League” were made, star Gal Gadot was not even aware of what she was auditioning for.

“Auditioning for ‘Wonder Woman’ must have been a lot, right?” asked Kumail Nanjiani during his “Actors on Actors” interview with Gadot for the Variety series.

“It was weird because I didn’t know they were auditioning me for ‘Wonder Woman,'” Gadot explained. “I knew I was auditioning for this ‘secret project.'”

Nanjiani wondered aloud how such an audition would work: would the casting team just come in and have her perform with a “magic lasso?”

Gadot revealed that she delivered lines from “Pulp Fiction” for the audition. “One week before I did the camera test with Ben [Affleck], I was like, ‘What’s going on?'” the star recalled. “They told me they wanted to fly me to L.A. I was like, ‘Great. But what is it?'”

Nanjiani jumped in with a joke: “They were like, ‘It’s wonderful…”

Gadot said that her agent was surprised she didn’t know yet. She remembered thinking, “Can someone just say something?!” Finally, “Justice League” director Zack Snyder called Gadot and told her that the audition had been for “Wonder Woman.” It was the call that changed everything for the superhero movie universe.