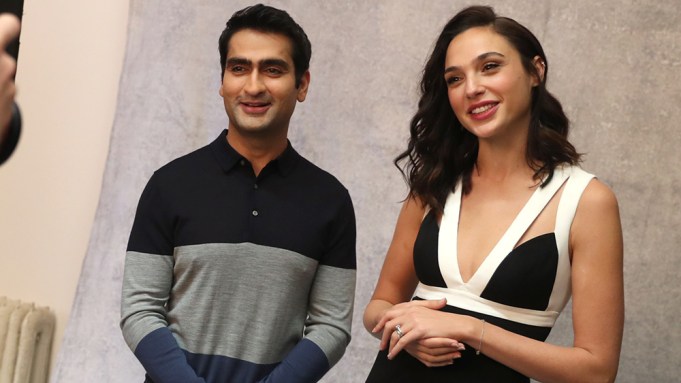 Gal Gadot and Kumail Nanjiani have both been at the top of their game in 2017, so the pair had plenty to talk about for Variety‘s “Actors on Actors” series, including Gadot’s blockbuster turn as Wonder Woman.

“How was it for you playing a female superhero?” Nanjiani asked Gadot during their conversation. “We haven’t seen too many of those.”

Gadot replied that she got lucky by being in the right place at the right time to get cast for “Wonder Woman,” but Nanjiani quipped, “I think ‘Wonder Woman’ got lucky to have you,” before she continued to discuss her breakthrough role.

The star went on to share an emotional moment when she was watching a battle scene in the movie and realized its significance for women. “It was the first time for me — as a woman, a girl, a female — that I saw an image of strong women that are beautiful and confident and can take care of themselves,” said Gadot. “I was shocked by it, and then I was more shocked by the fact that I never saw anything like that.” She continued to stress the importance of that image to her as a mother of two.