‘The Fate of the Furious’ Trailer Drops During Super Bowl (Watch) 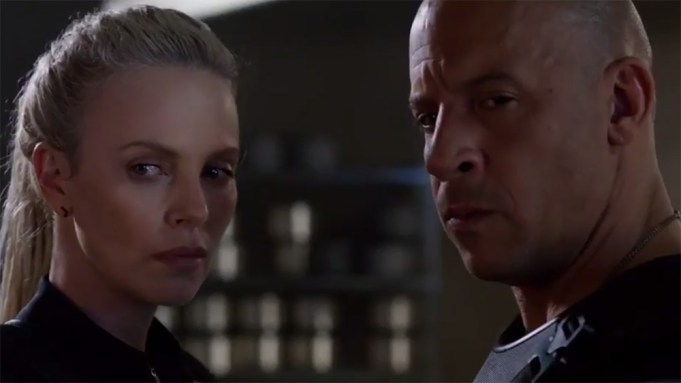 A new trailer for “The Fate of the Furious,” the eighth installment in the “Fast and Furious” franchise, dropped Sunday afternoon during the Super Bowl on CBS.

Universal’s next “Fast and Furious” chapter finds Vin Diesel’s Dominic Toretto and Michelle Rodriguez’s Letty on their honeymoon, with the rest of the crew exonerated, finding a semblance of a normal life. However, when a new villain, played by Charlize Theron, who’s making her debut in the franchise, seduces Dom into a world of crime he can’t seem to escape, the family will face a new set of trials.

And as evident from the tagline of the trailer, the rules have certainly changed. The footage even shows Dwayne Johnson’s Hobbs and Jason Statham’s Deckard Shaw joining forces… begrudgingly.

“The Fate of the Furious” will hit theaters on April 14, 2017. Watch the trailer below.

The rules have changed. THE FATE OF THE FURIOUS hits theaters April 14. #F8 pic.twitter.com/595v53SNLu