Emma Watson Sings ‘Belle’ From ‘Beauty and the Beast’ (Watch) 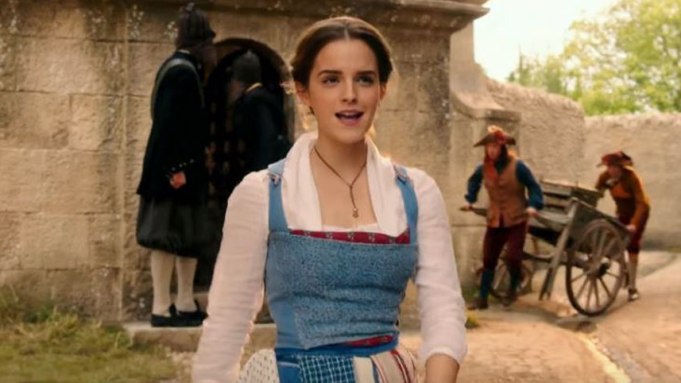 Disney has released a clip of Emma Watson singing “Belle” from it’s upcoming live action “Beauty and the Beast.”

Written in 1991 by Howard Ashman and Alan Menken, the song serves as an introduction to the film’s provincial “beauty.”

As Belle runs her morning errands, the townspeople comment her “strange” and “funny” behavior; she’s clearly an outsider in her own home.

While faithful to the animated version, the new “Beauty and the Beast” is not an exact shot-by-shot remake.

Belle is still clad in blue and white, but gone is the hand basket from the 1991 version.

The lyrics are changed slightly as well.

In the 1991 version, she is returning a book about “a beanstalk and an ogre” (“Jack and the Beanstalk”). In the new version, Belle’s book is “about two lovers in fair Verona” (“Romeo and Juliet”).

See what other differences you can spot in the trailer, which you can watch here or above.