Continue to Variety SKIP AD
You will be redirected back to your article in seconds
Apr 7, 2017 1:48pm PT 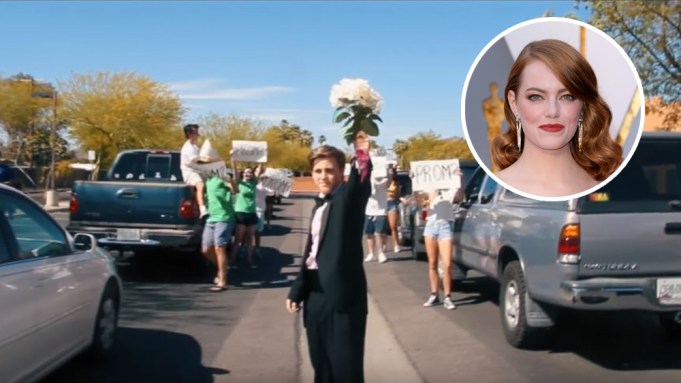 Emma Stone has responded to the Arizona high school student who filmed a “prom-posal” inspired by the opening number “Another Day in the Sun” in “La La Land.”

On “Good Morning America” Friday, 17-year old Jacob Staudenmaier revealed that Stone sent him a letter admiring his work on the video, but said that she wouldn’t be able to attend due to working abroad.

“Jacob, thanks for making the greatest proposal I have ever received,” Stone wrote. “I can’t tell you what an honor that was and how much I smiled through that entire beautifully orchestrated video. I’m in London working, but I hope you have the best time at prom, and I’m grateful you thought of me. Thank you. P.S. I do see Gosling around the eyes. Love, Emma.”

Staudenmaier, an aspiring filmmaker, told ABC earlier this week that the original inspiration came from a former Arcadia High School student who asked Miley Cyrus to prom a few years ago. “She didn’t actually go to prom with him, but he was invited to one of her concerts and got to go up on stage with her, so I think it worked out,” he explained.

After being told by friends that he resembles “La La Land” star Ryan Gosling in “Remember the Titans,” he used the compliment as a line in his video: “People say I look like Ryan Gosling, and maybe that’s a big far-fetched,” he sings.

Though Staudenmaier knew asking the Oscar winner out would likely not come into fruition, he said that his real goal was to captivate Stone’s attention — and he knew he had to accomplish something quite impressive to make that happen.

“If I was going to do it, I had to do something more ambitious and bigger in scale,” Staudenmaier told ABC.