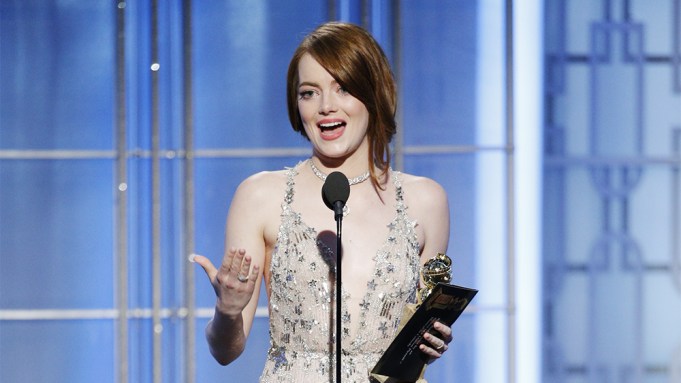 Emma Stone scored her first Golden Globe Award, winning best actress in a comedy or musical for “La La Land” on Sunday night, and fittingly gave a shoutout to struggling artists in her speech.

Stone thanked her family first, but then sent a message to those trying to make it in creative fields. “Hope and creativity are two of the most important things in the world,” she said.

“To any creative person who has had a door slammed in their face… or anyone who feels like giving up… I share this with you,” she added.

It’s been a great night, to say the least, for “La La Land,” directed by Damien Chazelle. Stone’s win was the movie’s sixth trophy of the night. Her co-star, Ryan Gosling, also won best actor in a comedy or musical earlier.

She was nominated for an Academy Award for best supporting actress for the role of a recovering drug addict and the daughter of Michael Keaton’s title character in 2014’s “Birdman.” “La La Land” is her third Globe nomination following “Easy A” and “Birdman.”