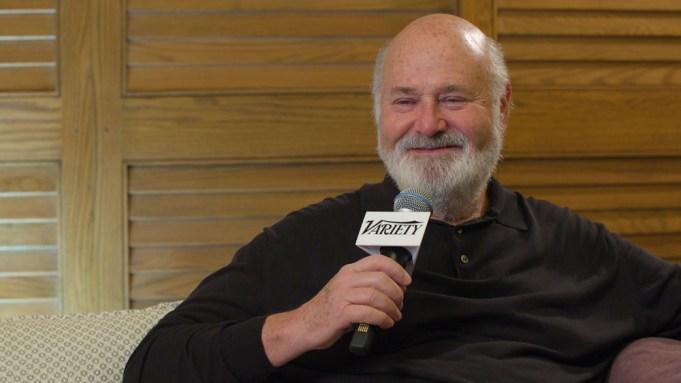 President Donald Trump is “mentally unfit” to be U.S. leader, Rob Reiner told Variety at the Dubai Intl. Film Festival, but the director fears the American press is failing to hold the Trump administration accountable for its actions. Reiner, who is best known for “A Few Good Men,” “When Harry Met Sally…” and “The Princess Bride,” was at the festival to promote his latest movie, “Shock and Awe.”

“Donald Trump is the single-most unqualified human-being to ever assume the Presidency of the United States. He is mentally unfit. Not only does he not understand how government works, he has no interest in trying to find out how it works,” Reiner said, when asked to compare Trump with President Lyndon Johnson, who was the subject of Reiner’s recently released biopic “LBJ.”

Reiner added: “LBJ – except for the Vietnam War, which is a terrible stain on his legacy – was probably the most effective and successful President as far as domestic policy is concerned, second to maybe Franklin Roosevelt. When we are talking about Lyndon Johnson and Donald Trump, they couldn’t be at further ends of the spectrum.”

“Shock and Awe” celebrates the bravery and tenacity of a small group of journalists who exposed U.S. government “lies” and “deception” about weapons of mass destruction in the run-up to the invasion of Iraq, which Reiner described as “the single biggest foreign policy disaster” in U.S. history. “Hopefully people in the Middle East will feel there’s somebody in America trying to shine a light on the truth of what happened and how we got into Iraq,” Reiner said.

He said that such fearless journalism is in short supply nowadays. “Right now, American journalism is under attack by Donald Trump and the propaganda arm of his administration, which is represented by Fox News, Breitbart, Sinclair [Broadcasting], and a number of other outlets. Administrations have always trafficked in propaganda to try to get a policy sold to the American people or to make a case to go to war. This is the first time that a big chunk of the American press are not doing their job, which is to hold an administration accountable,” he said.

“For the first time you have got these major outlets actually serving as propaganda [weapons] for an American President, and that is scary. Mainstream media is under attack, there’s no question of that, and hopefully this film will show why we need to have a free and independent press. If democracy is going to survive in any way, shape or form, one of the main pillars of that is a free and independent press.”