The Afterlife Is Real in Trailer for Robert Redford, Jason Segel and Rooney Mara’s ‘The Discovery’ 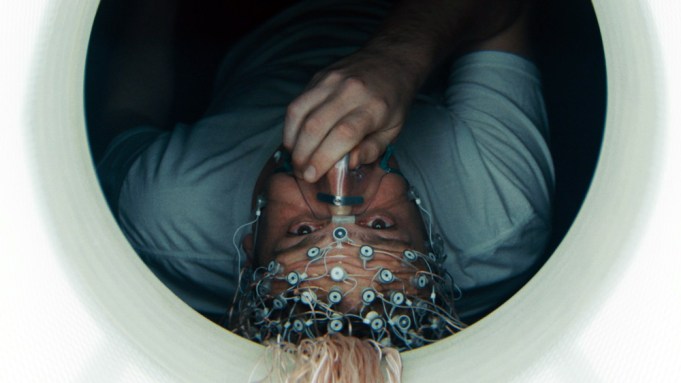 Netflix dropped its first full trailer for “The Discovery,” the sci-fi film starring Robert Redford, Jason Segel, and Rooney Mara that offers a new take on the meaning of life and death.

Redford plays Dr. Harper, a scientist whose verification of the afterlife, or a “new plane of existence” changes the way people think about death. In fact, it seems to make people want it, sparking more than a million suicides around the world by those attempting to “get there.”

“How can you keep a discovery so vital to our existence a secret?” Redford’s Harper says in the trailer after Mary Steenburgen’s journalist character asks a question about his personal responsibility.

The trailer also seems to suggest some manipulation of time with rewinds and repetitive shots. Spooky characters come in and out of frame, bouncing around in what looks like found footage.

“We opened the door for these people. Now we have to show them what’s behind it,” Harper declares.

Jesse Plemons, Riley Keough, and Ron Canada also star in the film. Charlie McDowell directs and co-wrote the screenplay with Justin Lader. The movie premiered at the Sundance Film Festival in January and will debut March 31 on Netflix.

Endgame Entertainment and Protagonist Pictures are co-financing the “The Discovery.” Protagonist began selling rights at the American Film Market in 2015 when Nicholas Hoult (who later exited the pic) and Mara were attached.