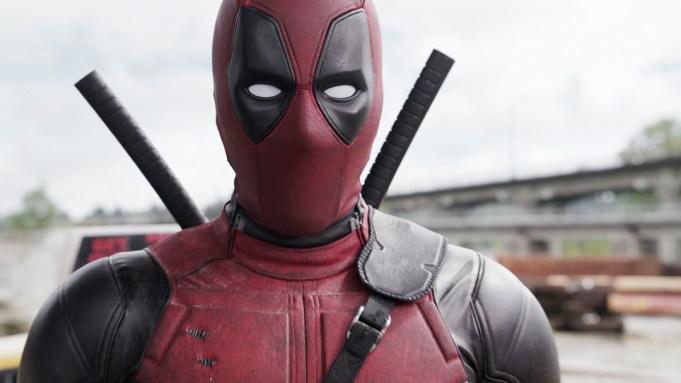 A stunt person was killed on the set of “Deadpool 2” Monday morning after a trick involving a motorcycle went wrong, Variety has confirmed.

The stuntwoman was identified by several outlets as Joi “SJ” Harris, the first female African-American road racer. The sequel to “Deadpool” is filming in Vancouver. Production began in late June.

“Vancouver police can confirm that a female stunt driver has died on the set of ‘Deadpool’ during a stunt on a motorcycle,” the Vancouver PD said in a statement. The event took place around 8:20 a.m. on Monday when the stuntwoman crashed through the glass of the Shaw Tower’s ground floor studio.

WorkSafeBC spokesperson Trish Knight Chernecki said the agency has launched a long-term investigation into the accident and has a total of five officers currently on the scene.

A spokesman for 20th Century Fox commented, “We are deeply saddened by the accident that occurred on the set of ‘Deadpool 2’ this morning. Our hearts and prayers are with the family, friends and colleagues of our crew member during this difficult time.”

Ryan Reynolds posted a statement on Twitter later on Monday, saying that the production is “heartbroken, shocked, and devastated” over the news.

Director David Leitch also mourned Harris’ death. “I’m deeply saddened by the loss of one of our stunt performers today,” he wrote in a statement. “No words can express how I and the rest of the ‘Deadpool 2’ crew feel about this tragedy. Our thoughts are with her family, friends, and loved ones in this difficult time.”

According to Ben Miljure, a reporter who was on the ground with local news station CTV Vancouver, the stuntwoman was carried onto an Advanced Life Support ambulance following the accident. The vehicle stayed at the scene for about 45 minutes, and then drove off without turning on its lights or sirens.

A crew for Canadian television network Global News witnessed the rider successfully complete the stunt four times, before the fifth time when the rider lost control of the bike.

“Deadpool 2” stars Reynolds as the foul-mouthed, wisecracking titular hero. David Leitch is directing the film from a script by Rhett Reese and Paul Wernick. The followup to the 2016 box office hit adds “Atlanta” breakout Zazie Beetz and Josh Brolin key roles. “Deadpool 2” is scheduled for theatrical release on June 1, 2018.

The news follows another stunt accident reported by TMZ on Sunday when Tom Cruise crashed into a wall while filming “Mission: Impossible 6,” and appeared to walk away with a limp. The extent of Cruise’s injuries are currently unknown.

(Brent Lang and Maane Khatchatourian contributed to this report)