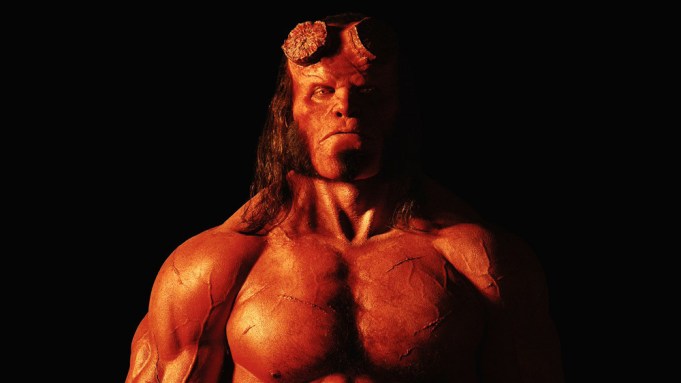 David Harbour is gearing up to play a different type of Hellboy.

The actor discussed, at the Variety Studio at the Dubai International Film Festival, the challenges that come with assuming the signature superhero.

“It’s the most physical role I’ve ever played,” Harbour said. “The stunts are incredible, and the action is really incredible, and I’m way too old to be doing that stuff.”

Another trial is undergoing the aesthetic transformation involved with Hellboy’s extensive, makeup-heavy look. “It’s two to two-and-a-half hours in a chair every morning being painted red with all these prosthetics,” he said.

Harbour, who said he read “Hellboy” creator Mike Mignola’s graphic novels when he was in his 20s, likened superhero movies to the mythos of ancient Greece. While they had Agamemnon, Achilles, and Cressida, modern America has Captain America, Iron Man, and Superman.

“They are mythos, so I wanted to be involved in that conversation,” he said of bringing the comics to life.

The darker nature attracted him to rebooting the character, Harbour explained. “These movies have been of a certain brand,” Harbour said. “With ‘Deadpool’ and ‘Logan,’ they are trying to do different things. So we are trying to do our own brand of that.”

He added, “I was really excited by that concept — to make a real monster movie that’s dark and scary and about the end of the world.”

Dubai Film Festival is a premier sponsor and Empire is a supporting sponsor of the Variety Studio.